Australia to Europe CHEAP FLIGHTS from A$491

Australia is a long way from anywhere, and Europe is literally on the opposite side of the world. I’ve watched as the prices of international flights doubled, sometimes tripled in 2022. If you expected to book Australia to Europe cheap flights during the European summer this year (for a fair price), you probably dismissed the idea the moment you saw the inflated fares. Unfortunately, it seems that all airlines are quoting these super high fares.

So, is it absurd to hope that Australia to Europe cheap flights exist for planning a trip in 2023?

Better yet, could there be an Australia to Europe cheap flight to visit in summer next year? 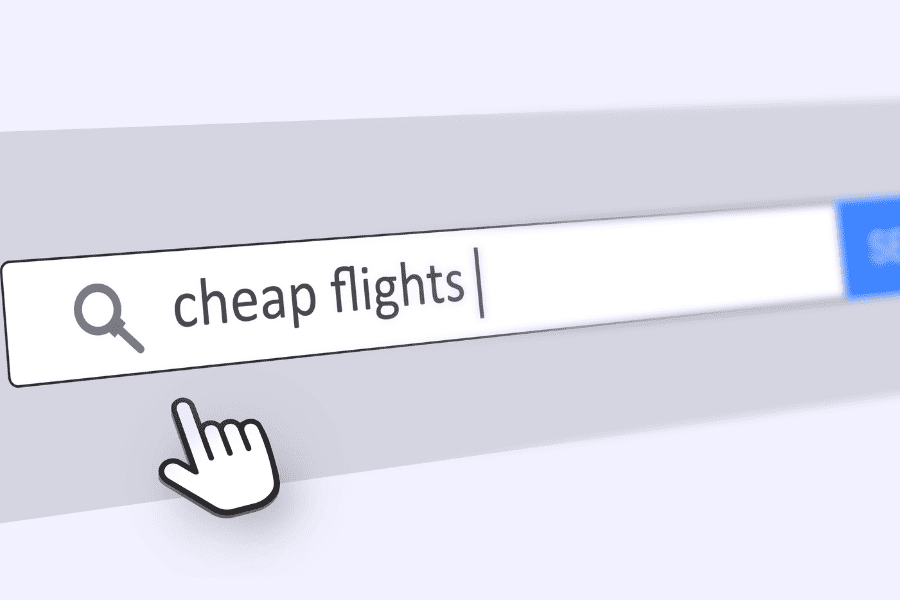 Yes, a cheap flight from Australia to Europe for summer 2023 is available

They exist – and here’s how you can book them.

From my research, I found the cheapest flight from Australia to Europe is from Sydney to Athens, Greece. You can book this flight now for as little as A$417 in Jan 2023, or from A$491 in May 2023.

There’s another AMAZING cheap flight from Melbourne to Athens for A$491.

Maybe you’d prefer to fly to Germany? There’s another cheap flight from Melbourne (or Sydney) to Berlin, Germany. 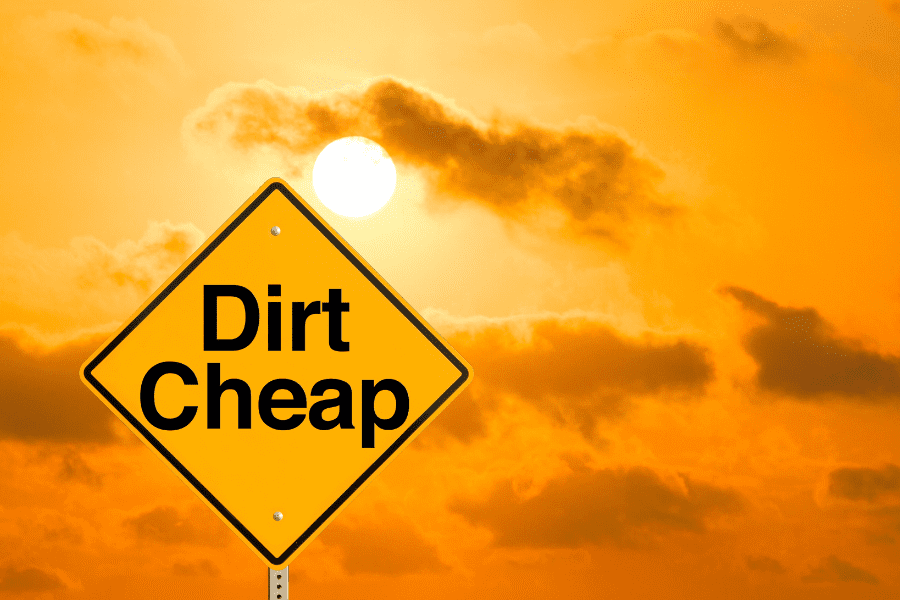 I booked this cheap flight from Melbourne to Athens with Scoot Airlines. If you’re wondering who this low-cost, long-haul airline is – read my Honest Scoot Airlines Review.

Before you make quick judgments about hearing those words ‘ low-cost’, this airline is a little sister to the well-respected Singapore Airlines. Scoot has been operating for 10+ years and has won some outstanding awards for its service.

So, why is Fly Scoot not as well-known in the industry as other airline carriers? I have no idea.

My Experience – Cheapest Flight from Australia to Europe

I’m often asked the question, “what is the cheapest country to fly to in Europe from Australia?” The answer I give is to fly to either Athens in Greece or Berlin in Germany. Let me explain more below.

The first time I chose to fly with Scoot airlines was in February 2022. The price I paid was AUD 342 for my flight from Melbourne (MEL) to Athens (ATH). If you do the calculations, that’s about EUR 240. 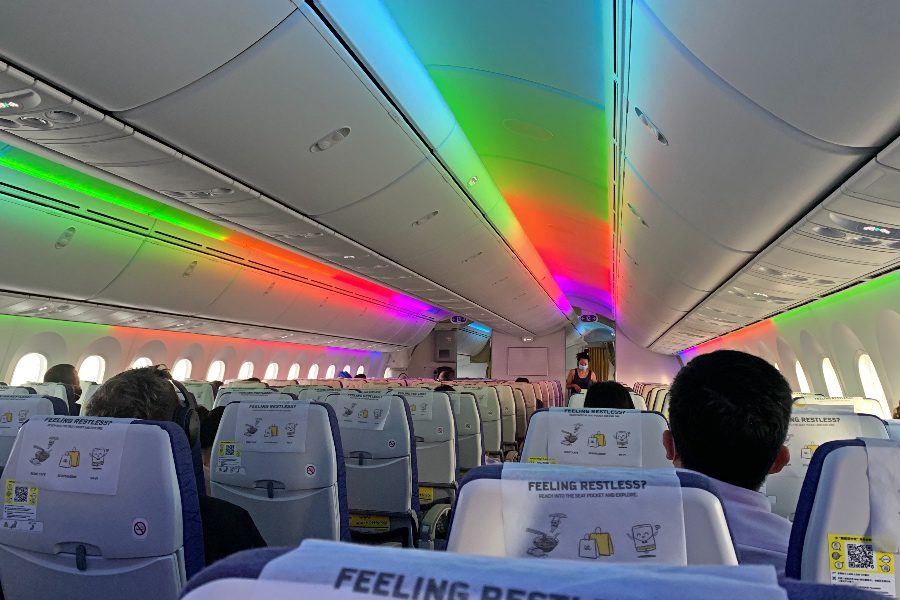 The economy cabin – Fly with Scoot

I didn’t have to put myself through ridiculously long stopovers. Instead, it was as direct as you can get, with a stop in Changi airport in Singapore – one of the best-rated airports in the world.

After a short changeover at Singapore airport (and enough time to devour a huge bowl of Laksa soup), connecting to my second flight to Athens was easy.

The best thing about this cheap Scoot flight from Australia to Europe is that you can also book this flight in two sectors (MEL-SIN) and (SIN-ATH) for a cheap price. This means you have the chance to have a stopover and see these 10 best places to visit in Singapore.

If you need a little more convincing that Singapore is worth seeing, read these 7 reasons to travel to Singapore.

Go to FlyScoot website and check the cheapest flights from Australia to Europe you are likely to find anywhere.

If you’re saving A$600 on a one-way flight from Australia to Europe, who really cares if you don’t get that little TV screen on the back of the chair for entertainment, or the ‘open bar service’ anyway?

If I’m being honest, I felt like a million dollars after flying Australia to Europe on this cheap flight, having consumed zero alcohol.

As you will read in my Scoot Airlines Review – to put it plainly, you pay for what you need with Fly Scoot. So, for example, if you want to eat on board, you pre-book your meals (for about $15 each).

Your Scoot Airlines cheap flight from Australia to Europe includes some luggage allowance, but if you need more – you simply pay for it. You can read more about add-ons on Scoot Fees Chart. 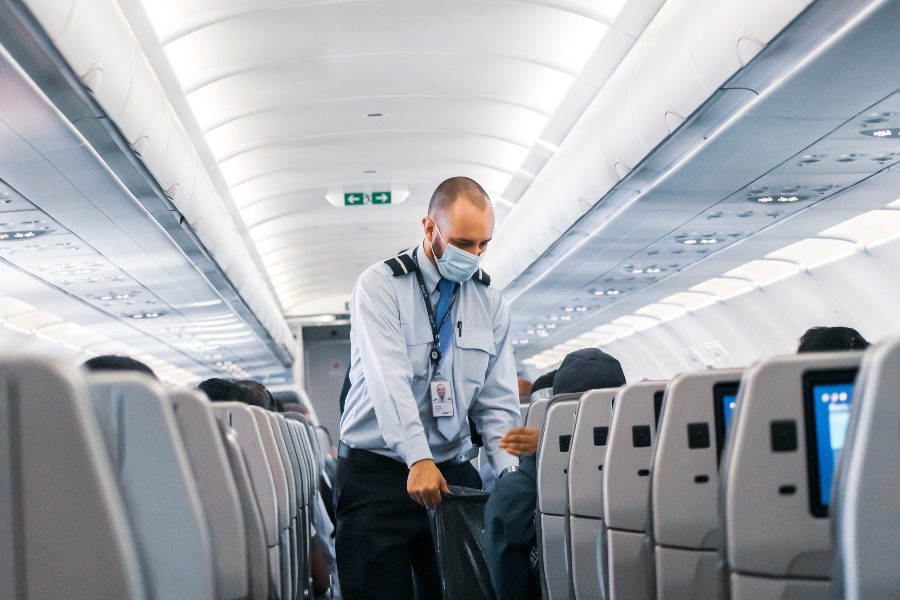 I’m very familiar with this concept now from flying around Europe on low-cost carriers for the past decade.

And it’s a huge reason why I travel with my Osprey 40L carry-on backpack, it weighs no more than 10kg. This way, I avoid paying excess luggage fees, and I don’t have to risk losing my luggage.

If you saw the chaos this year in airports across the world of travellers having no idea where their luggage is (after taking a flight), then you should consider travelling lighter too.

TIP: But, if you need to check your bags, my tip is that you get a Samsung luggage tracker (or this 4 pack of luggage tags if you’re travelling with a family). At least if you have this in your luggage and the airline has no idea where in the world your luggage has landed, you will.

As I mentioned, Scoot Airlines don’t have fancy onboard entertainment. But, it’s so easy to entertain yourself. Bring your laptop or phone loaded with Netflix series and movies, a good power bank for extra battery, and your Airpods – and you’re good to go!

I won’t go into all the details about what you do and don’t get with Scoot Airlines, as it’s all included in my Scoot Review.

<img decoding="async" alt="Athens in One Day - Acropolis from above" width="900" height="600" data-srcset="https://www.veryhungrynomads.com/wp-content/uploads/2022/03/One-Day-in-Athens-Acropoli