A tiny country, but extremely clean, well organised and welcoming to visitors keen to uncover its charm. Liechtenstein quietly sits between Austria and Switzerland, its capital is Vaduz. It sits among steep and rugged mountain ranges. This is one of the world’s smallest, yet richest countries. It’s known for its medieval castles, alpine landscapes and villages linked by a network of trails. The crime rate in the country is so low that people often leave their front doors unlocked.

There is a network of fantastic roads connecting Liechtenstein with its neighbouring countries. There is no airport in Liechtenstein. The railway, part of the Paris-Vienna express route, passes through the northern sections of the country. As you could imagine, the scenery arriving or departing the nation by train is spectacular. The traditional cuisine of Liechtenstein, also known as Liechtensteiner cuisine is quite basic, yet nutritious. Liechtenstein’s national dish is “Käsknöpfle”. This is made up of a simple dough made of flour, eggs, water, salt and pepper. The cooked Knöpfle are served with local cheese, fried onions and apple puree on the side. See, so simple, yet delicious. 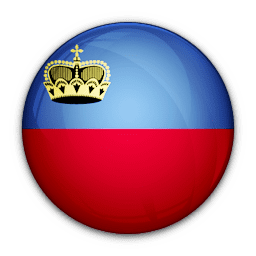 Planning a trip to Europe? Our guide covers the essentials you will need in your packing list for Europe. This continent is one of our favourites regions of the world to explore. Furthermore, if you're [...]

How many countries in Europe are there? This is a really difficult question to answer, as technically the answer can be 44, 45,47 or even 49. Confused? Let us explain why the number [...]

Have you ever wondered what the smallest countries in Europe are? And where exactly are they located? What's a principality? And are there still old monarchies surviving in Europe? And is Vatican City really [...]

Best Things to do in Liechtenstein