How do you travel to a country that doesn’t officially exist? Visiting Transnistria – what is it really like? Most people haven’t heard of Transnistria and to be honest, neither had I until a few months ago. 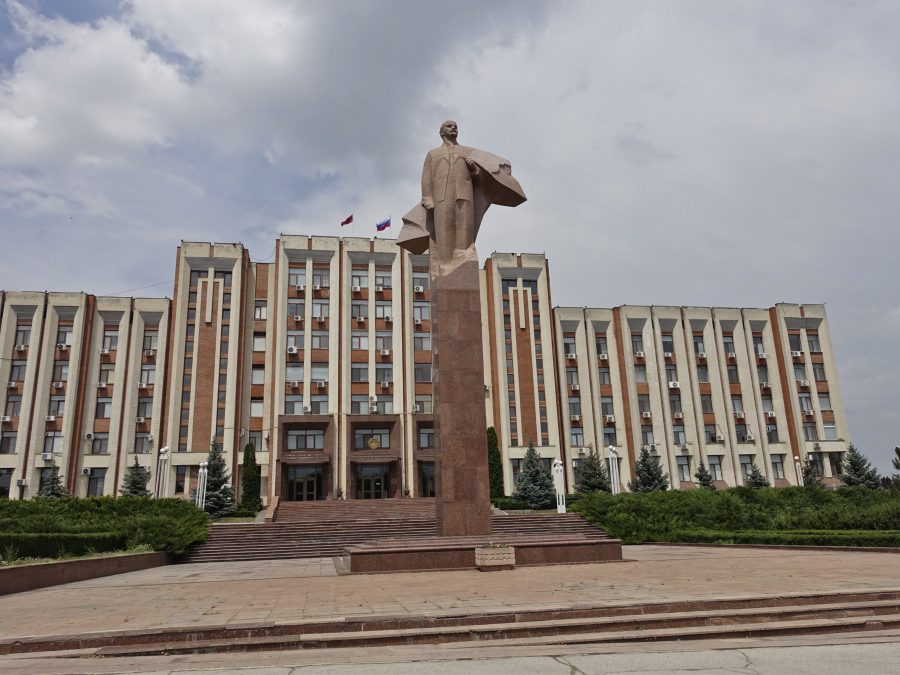 Visiting Transnistria is like taking a step back in time

In 1990, Transnistria broke away from Moldova and now considers itself a sovereign country with its own government, borders, and currency. The rest of the world has not recognised Transnistria’s independence and this country doesn’t officially exist. Transnistria is only recognised by Artsakh, Abkhazia, and South Ossetia (these are all countries that aren’t recognised by the UN either).

Transnistria is a landlocked territory, spread along the river Dniester and bordered by Ukraine to the east and Moldova to the west. Visiting Transnistria from Moldova is very easy.

Back in 1991 when the Soviet Union collapsed, Transnistria was a region in Moldova. Transnistria desperately wanted to continue living the Soviet dream, so they broke away and declared independence from Moldova in the hope of forming their own country.

A brief war of independence happened and the two countries decided to call it even, yet the rest of the world continued referring to Transnistria as still part of Moldova.

We visited the capital city of Tiraspol on an easy day trip from Chisinau, Moldova. It seemed natural for us to experience this disputed territory as part of our adventure to visit every country in the world.

We could definitely feel the Russian influence in Tiraspol and it felt like a city that is stuck in the ’90s. Between the architecture, the old vehicles, the fashion, the size of the avenues, and the pace of everything –  it was one of the strangest places we’ve visited.

You can easily get to Transnistria on public transport from the capital of Moldova, Chisinau. Marshrutkas (minivans) leave regularly (every 20 min) from the bus station located just behind the markets in Chisinau.

The journey from Chisinau to Tiraspol in Transnistria takes approximately 1.5 hours with a brief stop at the border, which is 20 minutes before you reach the capital of Tiraspol. This was an easy process, the guards speak English too. We told the guard that we’d be returning the same day and he simply put a migration card in our passport and that was it. He did not stamp our passports.

Don’t lose this slip of paper, you’ll need to show it on the return trip after visiting Transnistria.

Can you stay longer in Tiraspol?

Yes, if you prefer to spend longer in the capital city of Tiraspol or other parts of Transnistria, you can do so. The best website to book accommodation in Transnistria is Booking.com. While visiting Transnistria is easy as a day trip, you can of course linger longer if you wish. 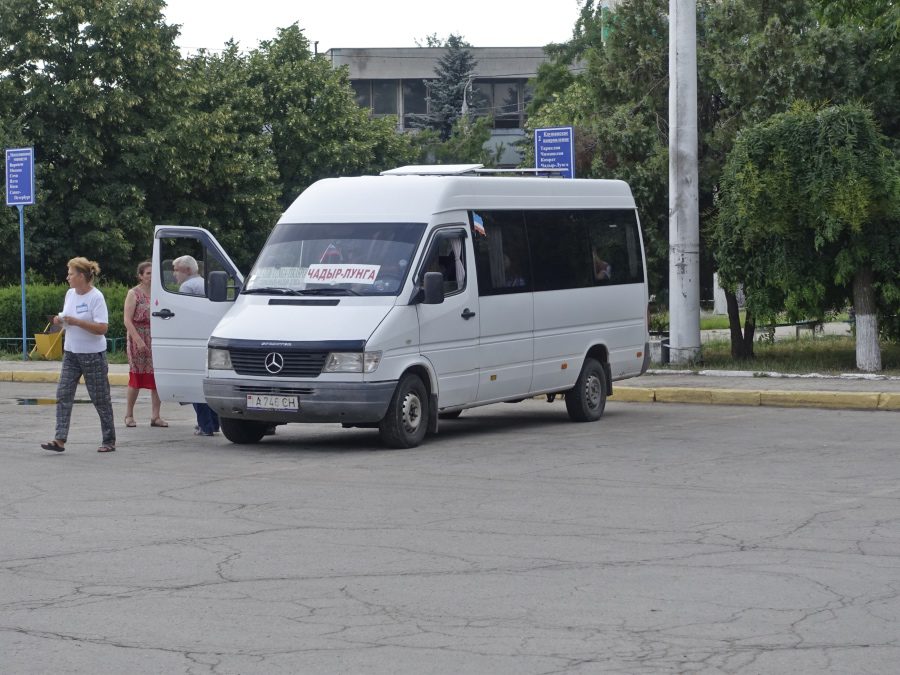 Marshrutka (minivans). These are the way that locals move about when visiting Transnistria.

The Beach in Tiraspol

Once we arrived in Tiraspol, we started exploring the city. It’s easy enough to walk around the main centre and we even found the beach!

Ok, so probably not the most beautiful beach I’ve ever seen – but I’d chill out along here if I felt the need to cool down. 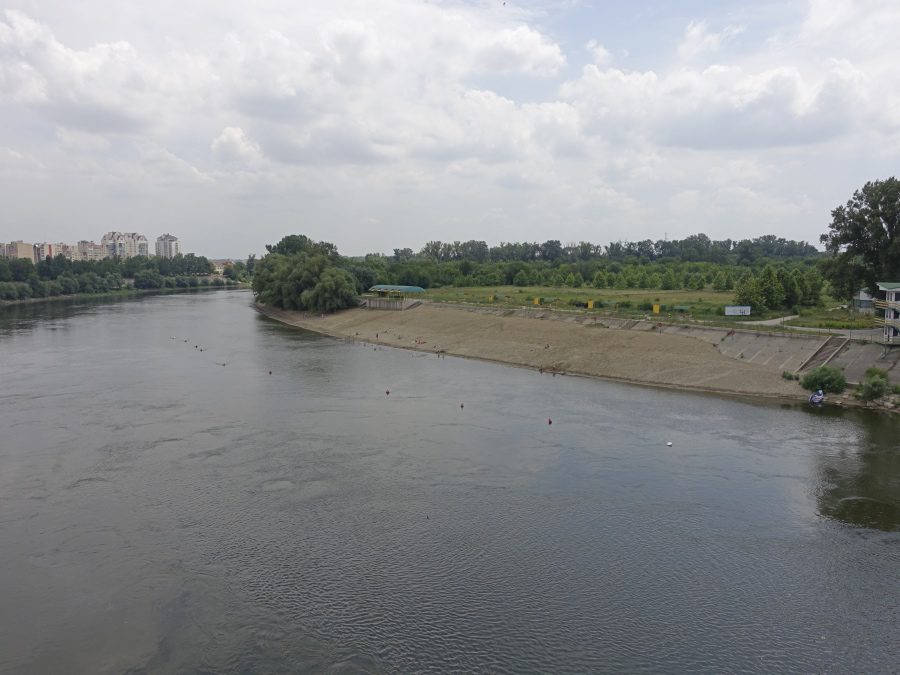 The Beach in Transnistria! At least it will serve its purpose to cool you down in this landlocked country (or not).

The food in Transnistria – it’s fantastic!

Who knew that this place could deliver big on flavour and be super affordable at the same time. We were given a great foodie tip by a friend to eat at this restaurant in Tiraspol and it was a sure winner!

Kumanek Restaurant
Address: Strada Sverdlov 37, Tiraspol
We ordered stuffed cabbage rolls for appetizers and then we tucked into a huge helping of pork, vegetable, and potato dishes. Both were equally delicious. We washed it all down with a 0.5L of local draught beer, yum!
The total cost of the bill was around USD $13.00 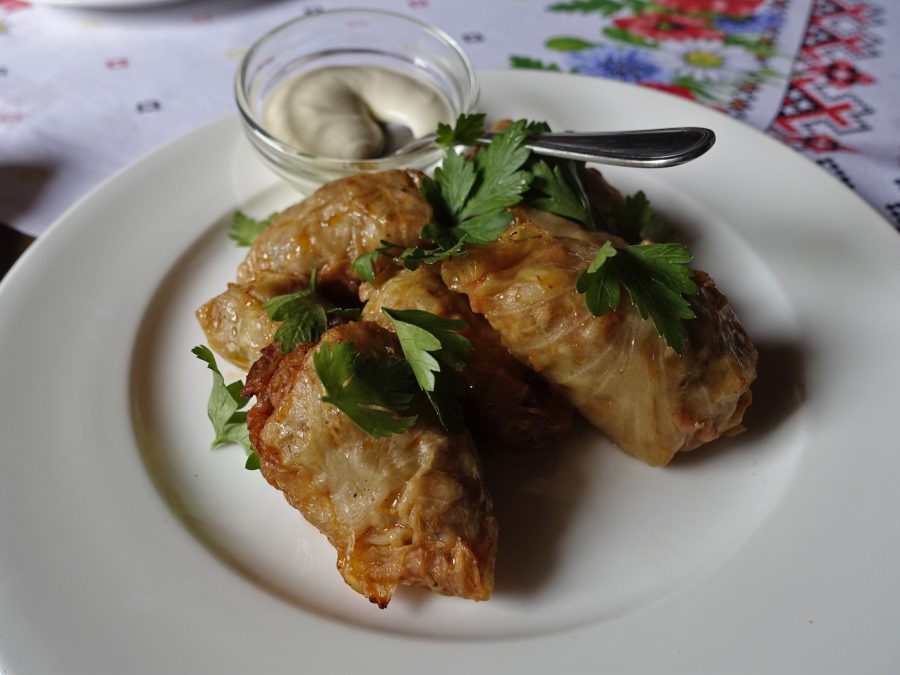 Visiting Transnistria – Our lunch was a highlight of the day!

After lunch, we set off sightseeing. There isn’t too much to see in this city (which feels more to me like a big country town). There are lots of big Soviet-style buildings here, however, we preferred to just wander around the city and get a feel for the place.

People seemed friendly enough, but most of them didn’t really pay too much attention to us – two obvious tourists walking around the town. In a nutshell, visiting Transnistria on a day trip from Moldova is a must.

Here are a few more photos from our time in Tiraspol, Transnistria: 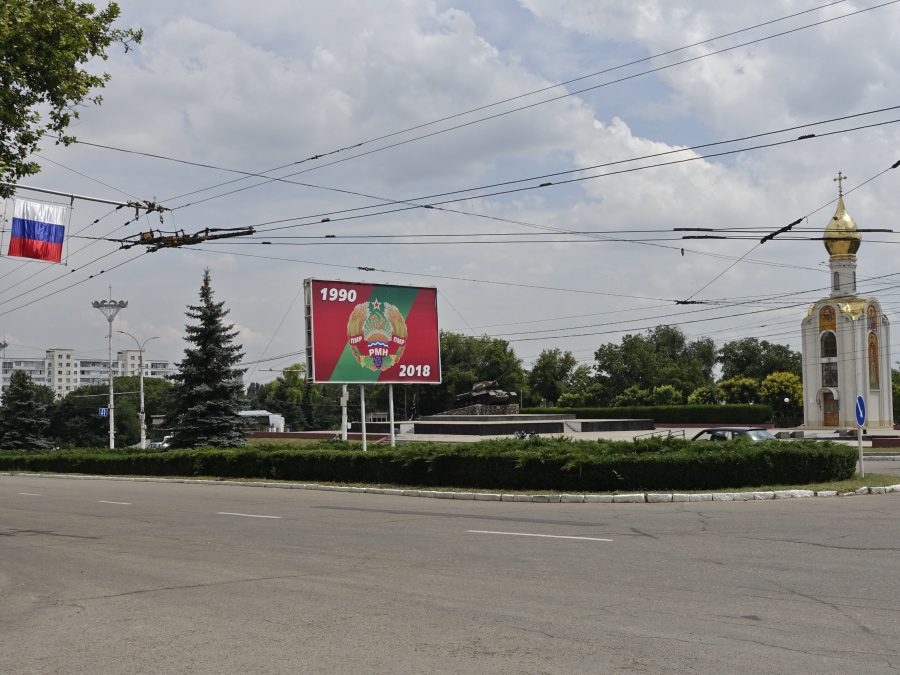 A sign that shows the year when Transnistria declared independence from Moldova to become their own country. 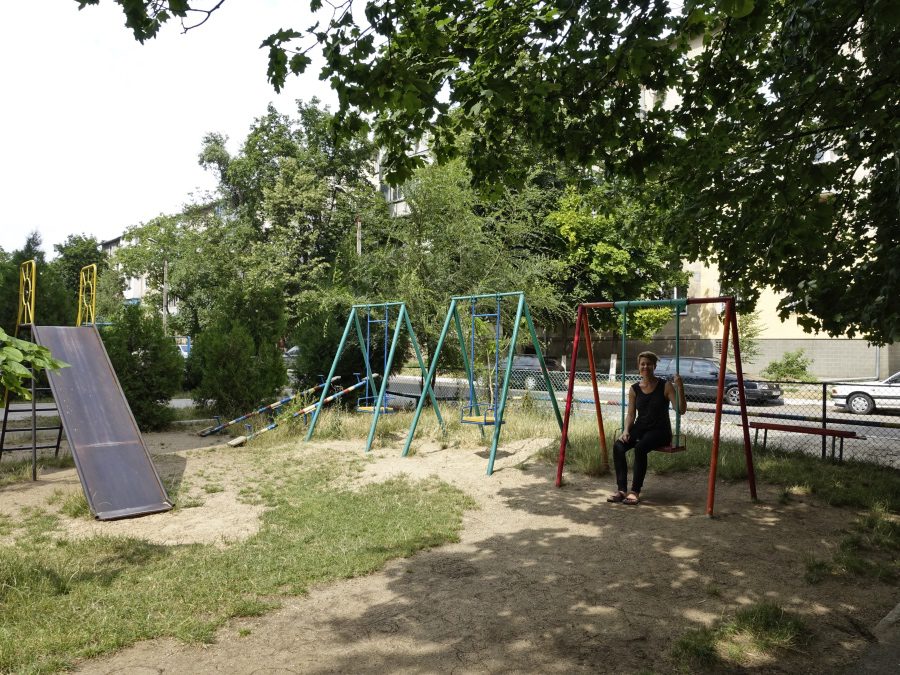 Playgrounds that haven’t been touched since the early ’90s. Visiting Transnistria does feel like travelling back in time. 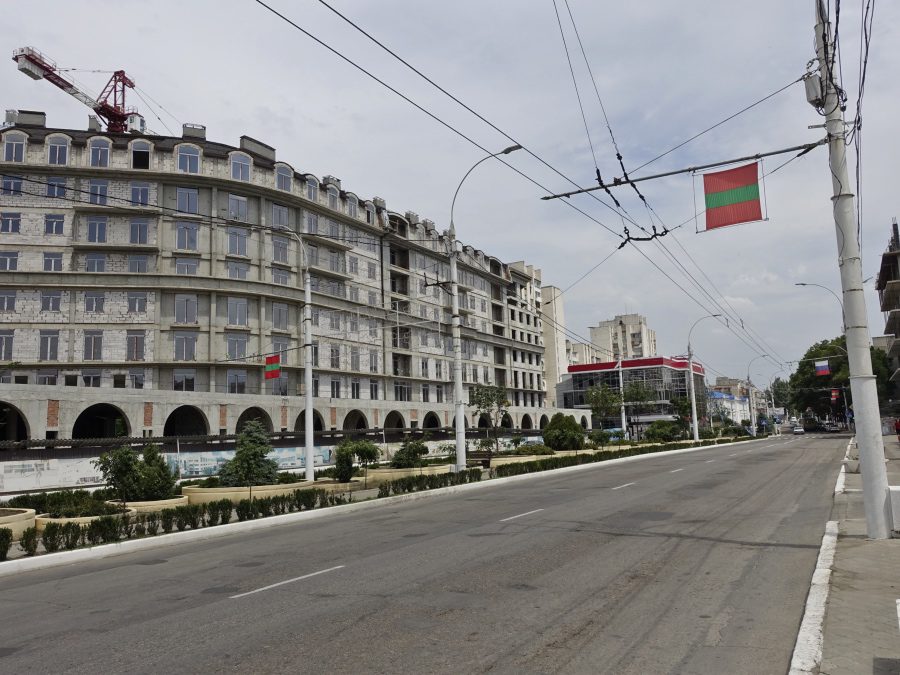 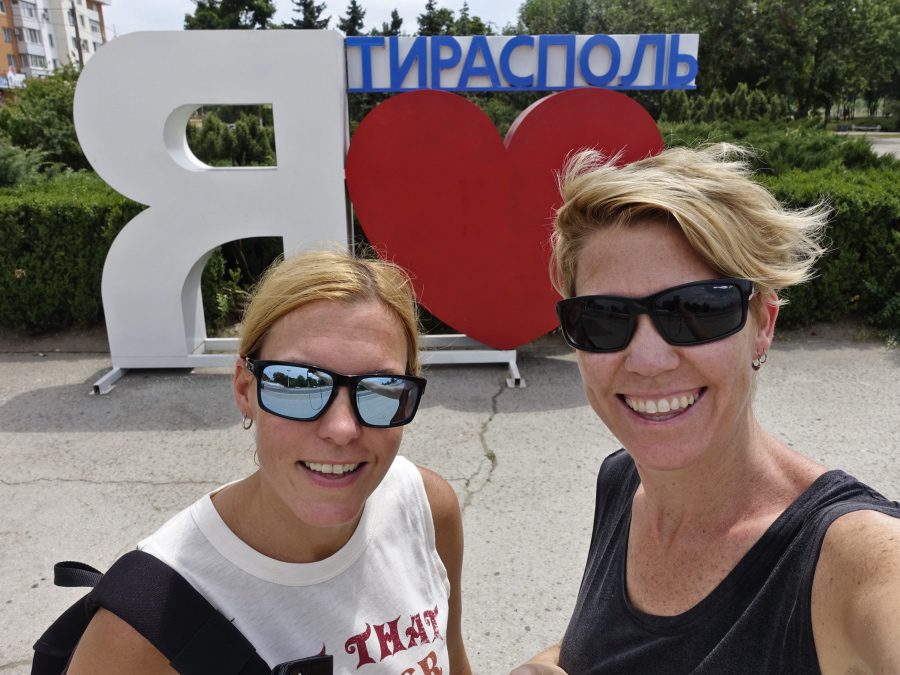 I love Tiraspol! Visiting Transnistria was a lot of fun and we loved this very touristy sign. But there were no toursits. 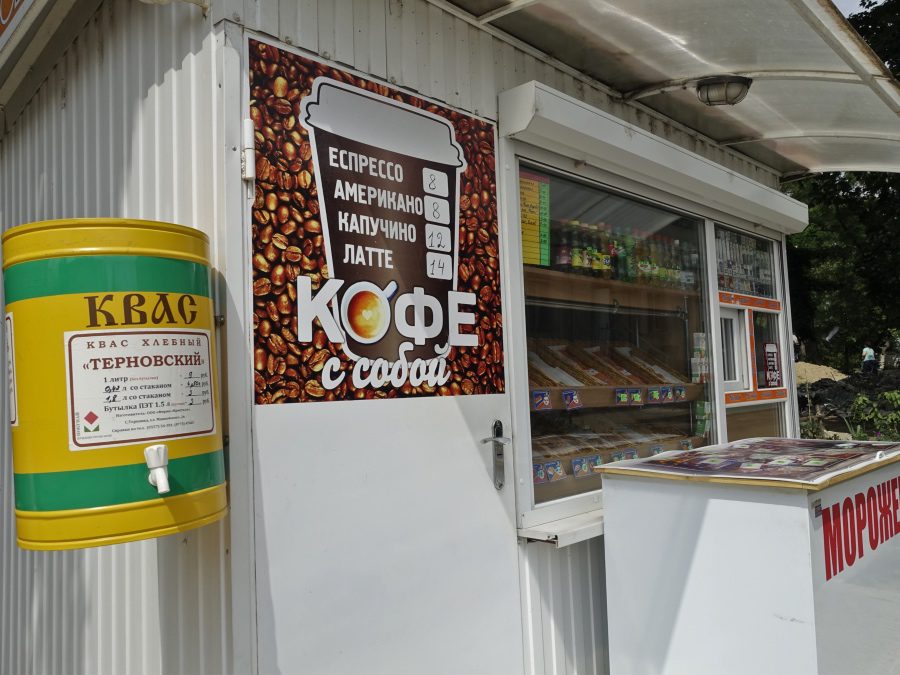 Common little shops dotted around the city. Here is where you can find small snacks and pastries, an espresso or a cup of Kvass, a drink made of rye bread. Locals absolutely love it. 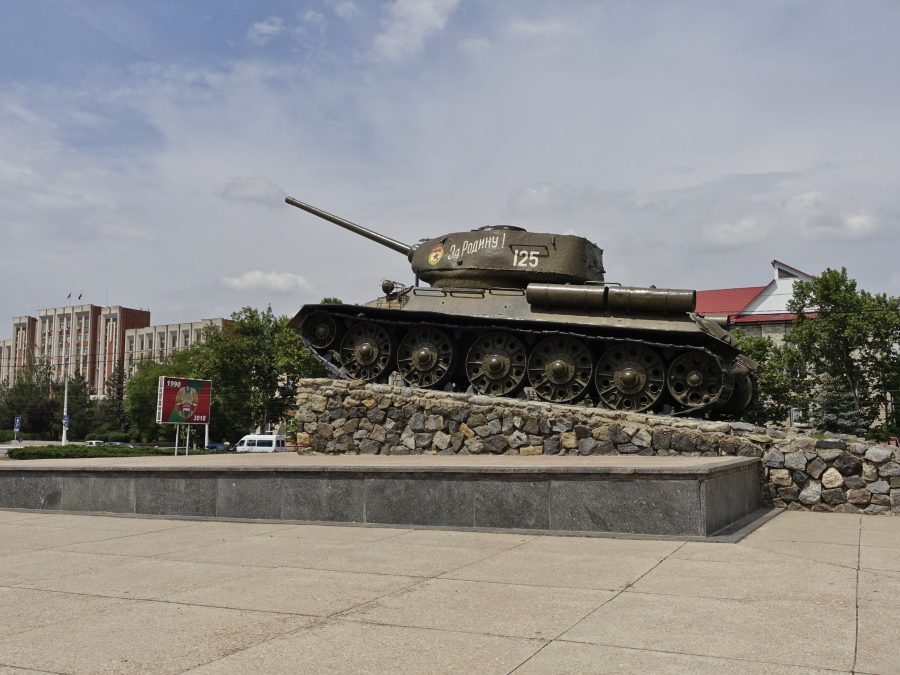 Old Soviet tanks were displayed just to the side of the main avenue. 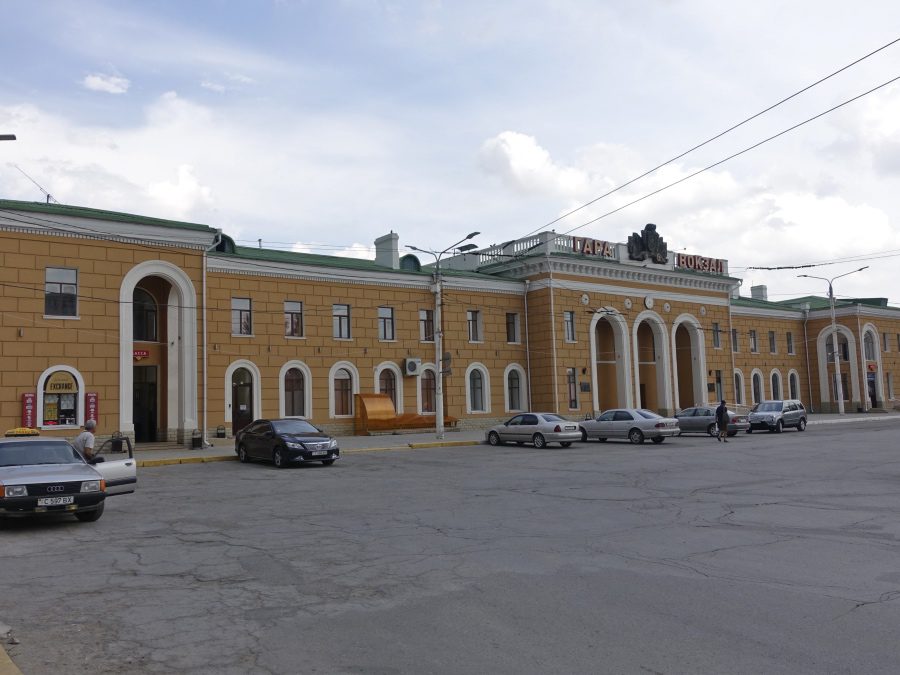 Transnistria has its own currency, rubles. You’re unable to use Moldovan leu or any other currency when visiting Transnistria. You can find banks around town to exchange currency or there are ATMs to be found too.

Remember to exchange any remaining rubles before leaving Transnistria as they are of no use anywhere else in the world.

We exchanged them back to Moldovan leu at the train/bus station on our departure, just before we caught the marshrutka back to Chisinau. Too easy!

Are you visiting Transnistria? Or have you been? Let us know in the comments below.

For more travel tips and advice, check out our 15 expert travel tips after visiting ALMOST every country in the world. Perhaps you’re interested to know the best ways to save money for travel or even the 20 Jobs that PAY YOU to Travel the World.