8 Things to know about Travelling to Eastern Europe

If you are planning a trip to Eastern Europe then this article is for you. As a tour guide myself, I get the same questions from travellers who are travelling to Eastern Europe. So I decided to answer them all here and I am certain you’ll find this helpful. 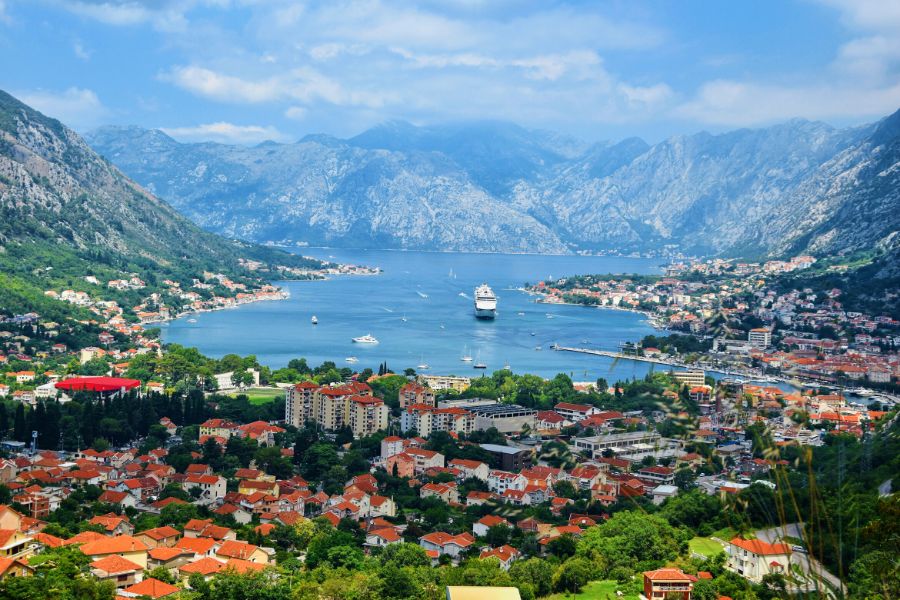 1. What countries are in Eastern Europe?

In the wider sense, there are 20 Countries in Eastern Europe and they can be also split into these 4 regions.

If are getting Balkans and Baltics confused, I recommend reading my article Baltics and Balkans Countries explained. 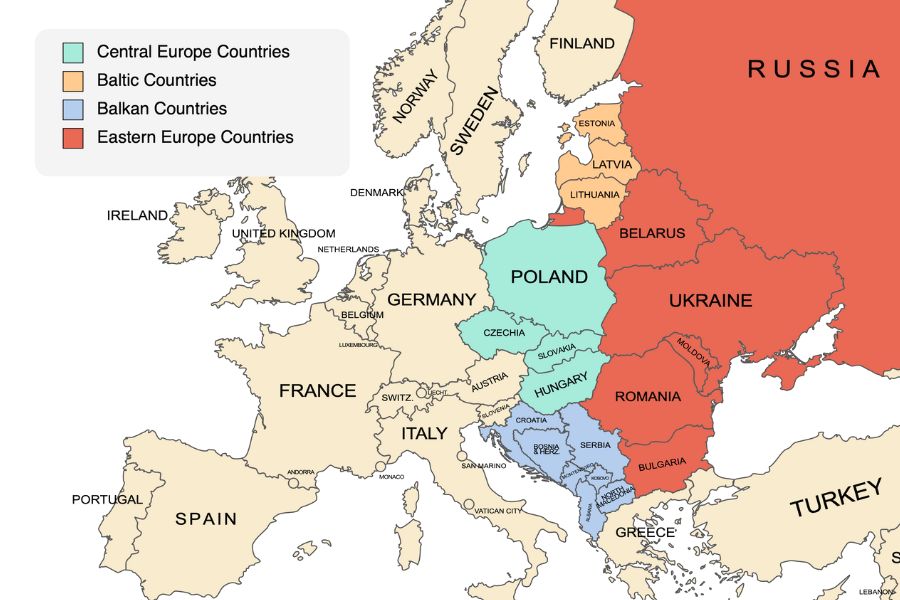 Eastern Europe on a map of Europe divided into 4 regions

2. Is it safe to travel in Eastern Europe?

I have been asked these questions for many years but this year, the main reason is the war in Ukraine that has everyone worried. So let me answer both points:

Is travelling to Eastern Europe safe for solo travellers or women?

Absolutely yes. Apart from Belarus, every county in Eastern Europe has a lower crime rate than countries in Western Europe. So the chances of you being robbed, pickpocketed or involved in any form of crime are on par with Western Europe.

I personally feel safer as a solo woman on the streets of Eastern European capitals than in London or Paris at night. The point is, you are as safe as in Western Europe. Our 12 tips for safe travel apply when travelling to Eastern Europe and the rest of the world too.

Please note: Some capital cities have a small number of bars where male tourists end up “spending a lot of money” on drinks with pretty girls that invite them there.

Is it safe to travel to Eastern Europe right now with the war in Ukraine?

With the ongoing war in Ukraine, I hear more people being hesitant about travelling to Eastern Europe. Personally, being from Slovakia, I don’t believe it matters if you are in Poland, Germany or Austria. Should this conflict spill over into other countries beyond Ukraine in Eastern Europe, they are all part of NATO and it would mean the whole of Europe is at war based on international law. 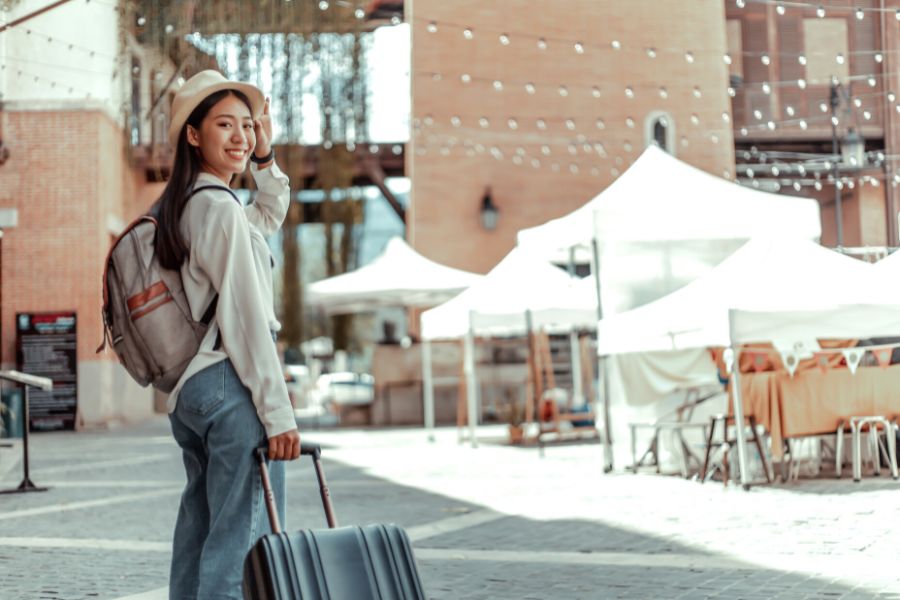 3. What is the best way to travel around Eastern Europe?

Is Eastern Europe easy to travel around? Yes, it is. Travelling to Eastern Europe from Western Europe is easy, there are plenty of flights to get you to your first point of travel or you can get there by train to bus. As for continuing your travelling in Eastern Europe, well the infrastructure is also great.

Here are recommended ways to travel around Eastern Europe:

Travelling in Eastern Europe by trains

While trains in Eastern Europe might not be as fast as TGVs in France or Switzerland and Italy, the good news is that there are many and they often cost a third of the price. There are great overnight trains with sleepers and some exceptional private trains too, such as Regiojet.

I wrote a dedicated blog on how to travel Europe by train for all the know-how. As for Eastern Europe, just remember the Balkans have too many mountains and trains might not connect all cities, buses are therefore a better option. But trains are a fantastic option for Prague – Bratislava – Budapest journey. You can continue on Belgrade or add Warsaw and Krakow.

I use Trainline to search, compare and book the cheapest train fares all over Europe. Their website is so user-friendly and the prices are unbeatable with the average saving being up to 60 off%! 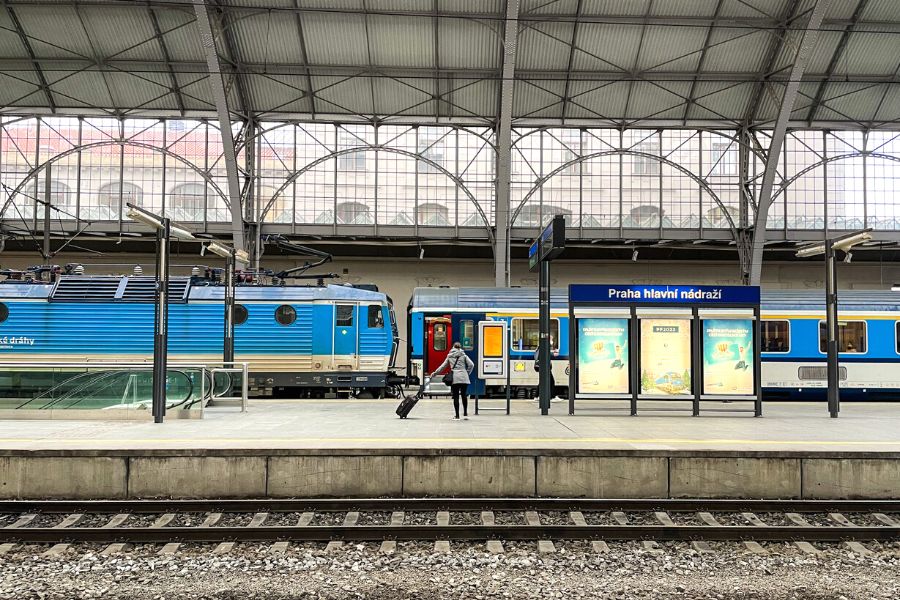 Travelling to Eastern Europe by bus:

You can get everywhere and anywhere on buses in Eastern Europe. Some of the best international routes are run by Flixbus (a German Company), Eurolines, Regiojet and Omnibus. The good news is that they often include free wifi, sometimes even a coffee and USB chargers. Plus they can be super affordable and buying a ticket is easy online.

I recommend using Rome2Rio to check the connection for the best option to get from A to B. And to make instant reservations, we use BookaWay to reserve train and bus tickets all over Europe.

For domestic routes, you can always find buses that will get you there. 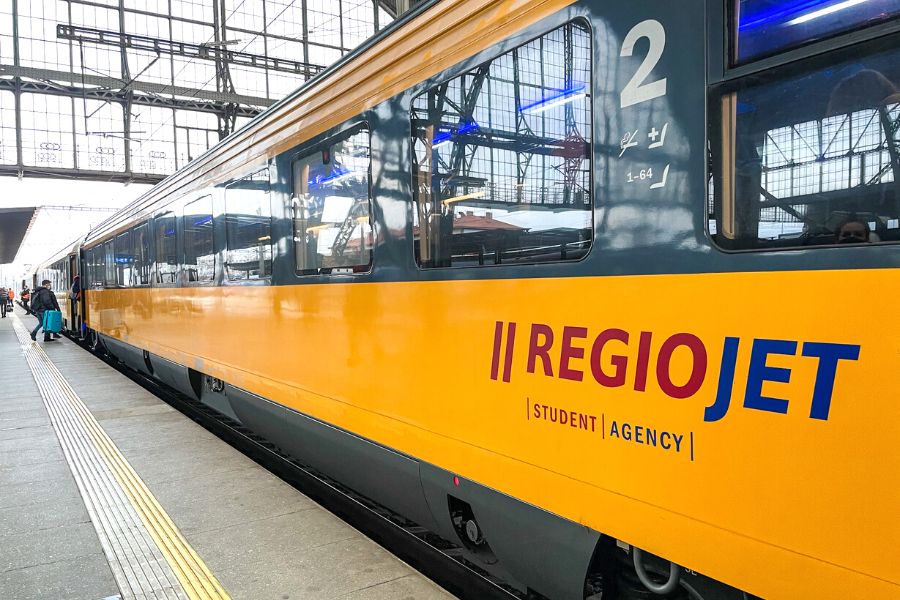 Yes, car rental in Europe gives you a lot of freedom if you are keen to explore countries in depth with smaller towns or national parks. If you’re planning to see the main cities, you are better off using a train/bus/plane to get between them and then public transport as the best way to get around the cities is on public transport (trans, metro, buses) and with a combination of uber/grab/taxi.

Parking, tolls and the cost of fuel when renting a car might add up quickly when travelling to Eastern Europe and around. And sometimes being able to rest on a 5-hour train journey is a better option than a 4-hour drive by car. 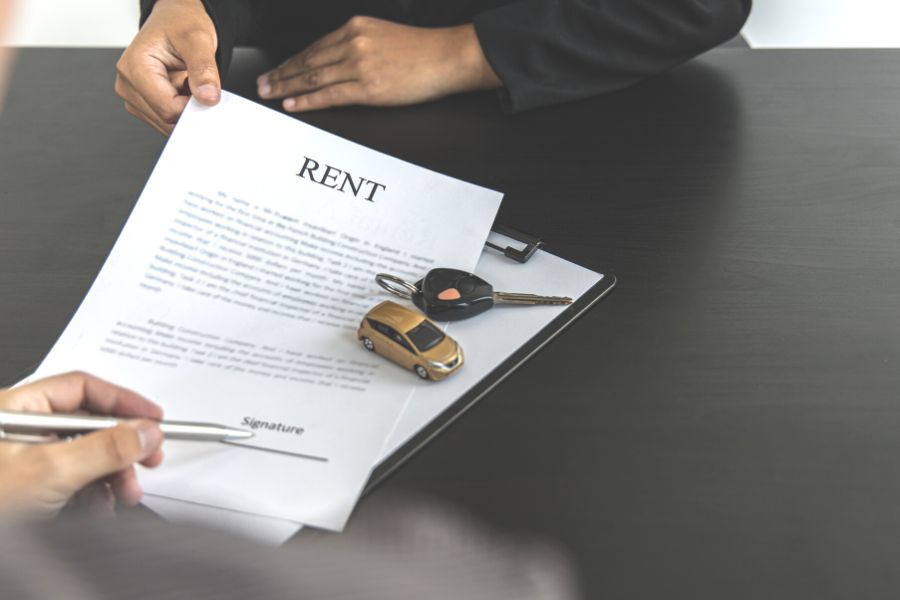 With the expansion of low-cost companies across eastern Europe, you can get some amazing deals with airlines such as AirBaltic, Ryanair, Easyjet and Wizz Air with a base in Budapest being the best one.

With Wizz Air, you might be able to fly from Bratislava to Sofia for as little as 11 Euros. Budapest to Zadar for 20 Euros.

To find the best deals, book on Skyscanner. 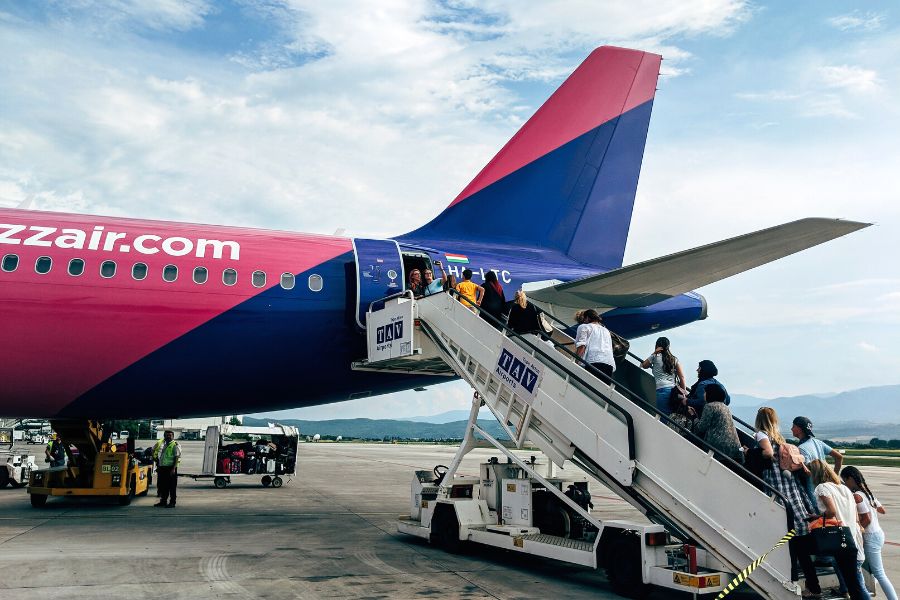 Is country hopping in Europe possible?

Absolutely. You can choose your type of transport with BookaWay or mix it up. Travelling to Eastern Europe these days can easily include multiple countries in a trip.

4. Which countries in Eastern Europe are part of the European Union?

When travelling to Eastern Europe, don’t forget to check your visa requirements. For most nationalities travel here is straightforward within the EU (the majority of countries are part of the Schengen Zone where free movement without borders has been established across 26 countries), but it’s always good to check countries’ requirements from outside of the EU.

11 Eastern European countries are part of the European Union:

9 Countries in Eastern Europe are NOT part of the European Union: 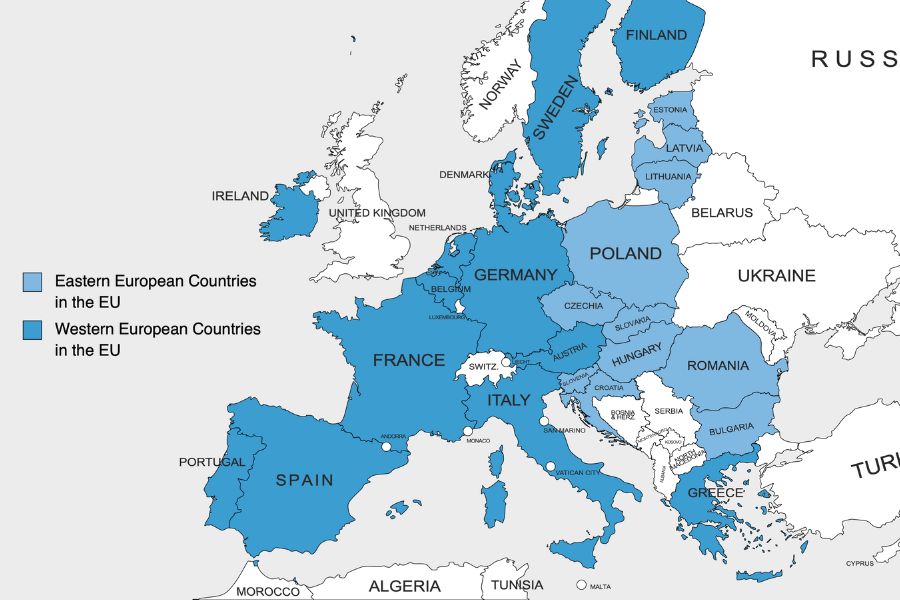 5. What is the best country in Eastern Europe?

This is a really difficult question to answer as each country has something to offer. Just because Croatia is more visited than Romania doesn’t mean it’s less worth it. Travelling to Eastern Europe is a joy because often you will find amazing places you knew little about.

I have visited all capital and main cities in Eastern Europe and for me, Prague, Tallinn and Dubrovnik are three of my favourite. Perhaps my passion for eating the best Czech food in Prague keeps me returning time and again. It could also be because there are so many awesome things to do in Prague too.

As for my favourite county, I would have to say Slovenia. Gorgeous, with lovely capital beautiful nature and fantastic food. and I love the Slovenian people. Just don’t get Slovakia mixed up with Slovenia: Slovakia vs Slovenia – What is the difference? 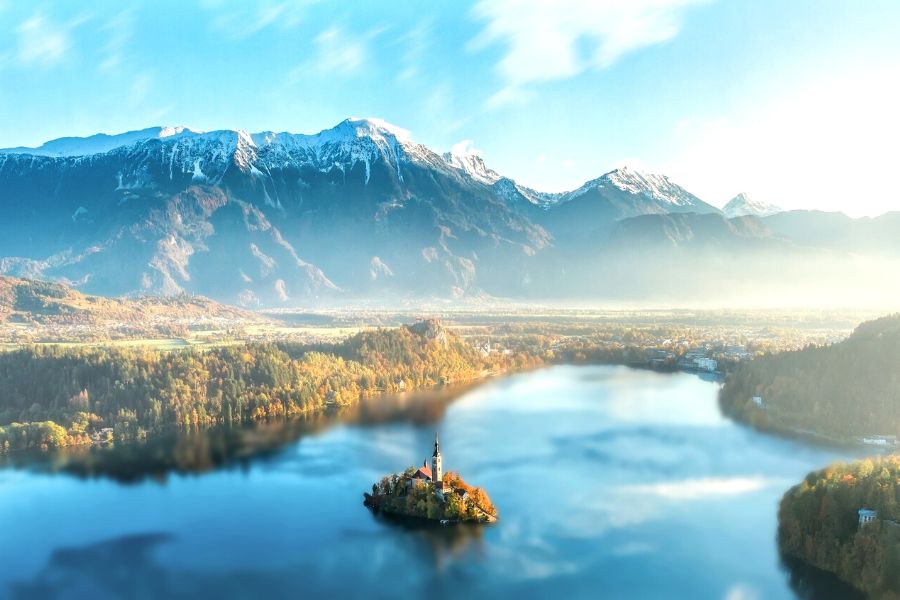 Slovenia in Eastern Europe is my personal favourite

6. Can I pay by card in Eastern Europe?

Yes, debit and credit cards such as Visa and Mastercard are accepted everywhere. American Express not so much, mostly in high-end shops, hotels and restaurants.

The only time you’ll need cash is when buying fruit at local markets, souvenirs, and when paying at smaller restaurants. It’s always good to have cash on you and use the card when you can. Don’t forget that you might be charged an international fee for each payment unless you have a card that offers no international fees.

Read more about the debit card we use to travel the world with zero ATM or international fees.

Also, generally speaking, in bigger cities and capitals in Eastern Europe, more people pay by card than in smaller villages.

There are plenty of ATMs to withdraw money, but ALWAYS use official bank ATMs and avoid EURONET ATMs – they are scams and you will get the worse possible exchange rate. My friend was travelling to Eastern Europe and decided to take a lot of cash out in Prague in Euros – lost so much money as the ATM charge them really high fees. Avoid Euronets

Yes. The majority of the younger generation in Eastern Europe has learned English as a second language.

The opinion that nobody speaks English in Eastern Europe is very dated and it is one of the common misconceptions about Eastern Europe.

Of course, the ability to speak English does vary between the countries in Eastern Europe, but when in doubt, find someone under 40 and the chances are they will speak English.

If they don’t, please note that the majority of people in Eastern Europe do speak 2-3 or even 4 languages, English just might not be one of them for the older generation. If you know German, you might also try it, especially in the Czech Republic, Poland, Slovakia and Croatia. And Russian was commonly taught in the former Soviet countries (Estonia, Latvia, Lithuania, Ukraine etc). 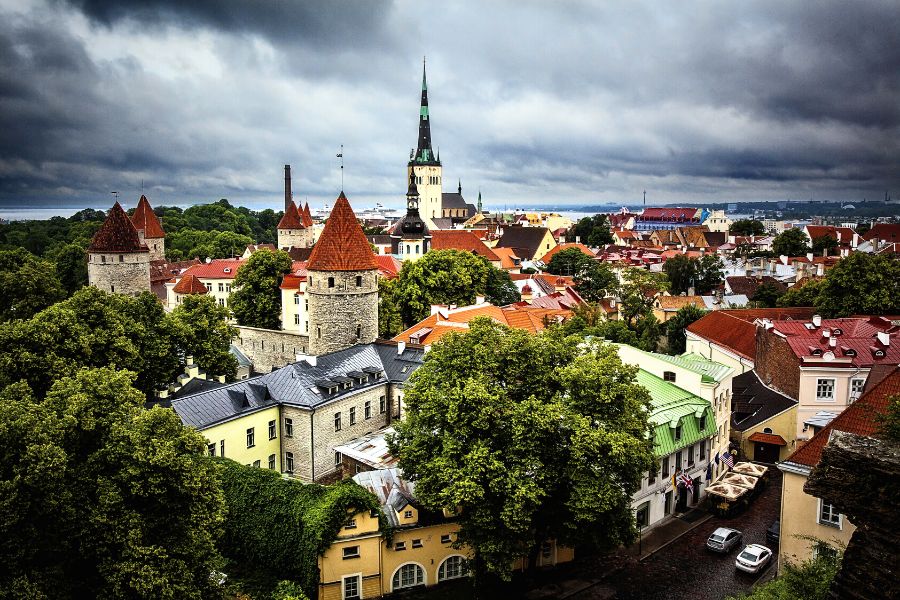 Tallinn Estonia is gorgeous and almost everyone speaks English well

8. Do Eastern European countries use Euro?

Just because countries are in European Union, it doesn’t mean they use Euro. Here is a quick list and map of countries in Eastern Europe that use the euro as their main currency.

There are 7 countries in Eastern Europe that use Euros as their currency:

And there are 6 countries in Eastern Europe and the EU that do not use the euro: 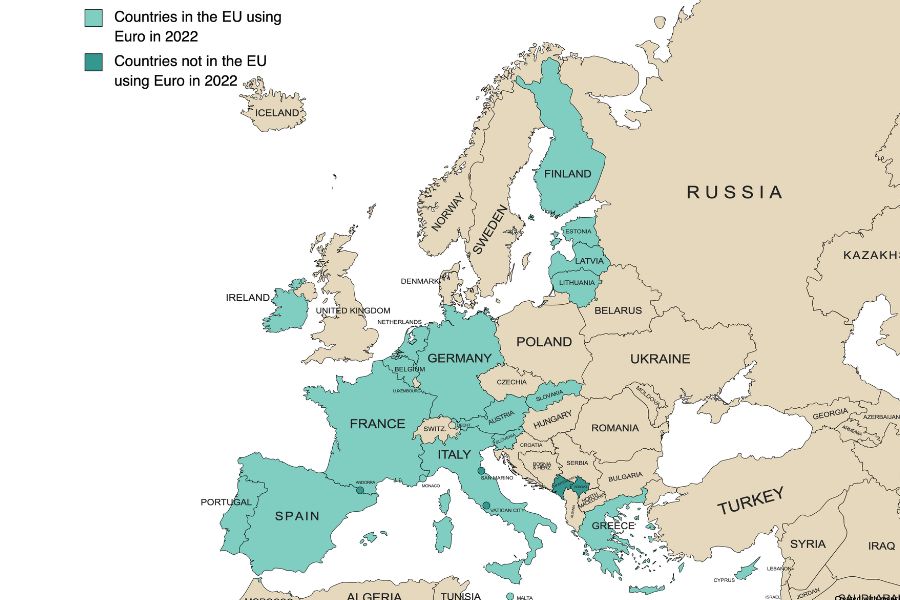 Countries in Europe that use Euro as their official currency

While Euro is not their currency, you might find some places accept euro for payment, especially in Prague, Budapest or Dubrovnik. Usually, you pay a lot more in euros than when paying in local currency.

Countries in Eastern Europe and not in the EU that do not use the euro, but they own currency:

I have included an itinerary for 10 days across the Baltics, Balkans, Central Europe and more of the East part of the Balkans.

You can connect these cities with public transport (bus or train) and can add some day trips as well, but as it’s based on 4 – 5 cities in 10 days, so it can be fast-paced.

If you are planning to visit Budapest, my 2 Days in Budapest Itinerary will have you covered for everything you must do. For Bratislava, don’t miss these 13 Things to do in Bratislava Slovakia, and for the Czech Republic here are 7 Best Things to do in Prague.

And that’s all for my 8 things to know about travelling to Eastern Europe with some tips and a suggested itinerary. If you have any specific questions, drop them in the comments below and I will answer them. 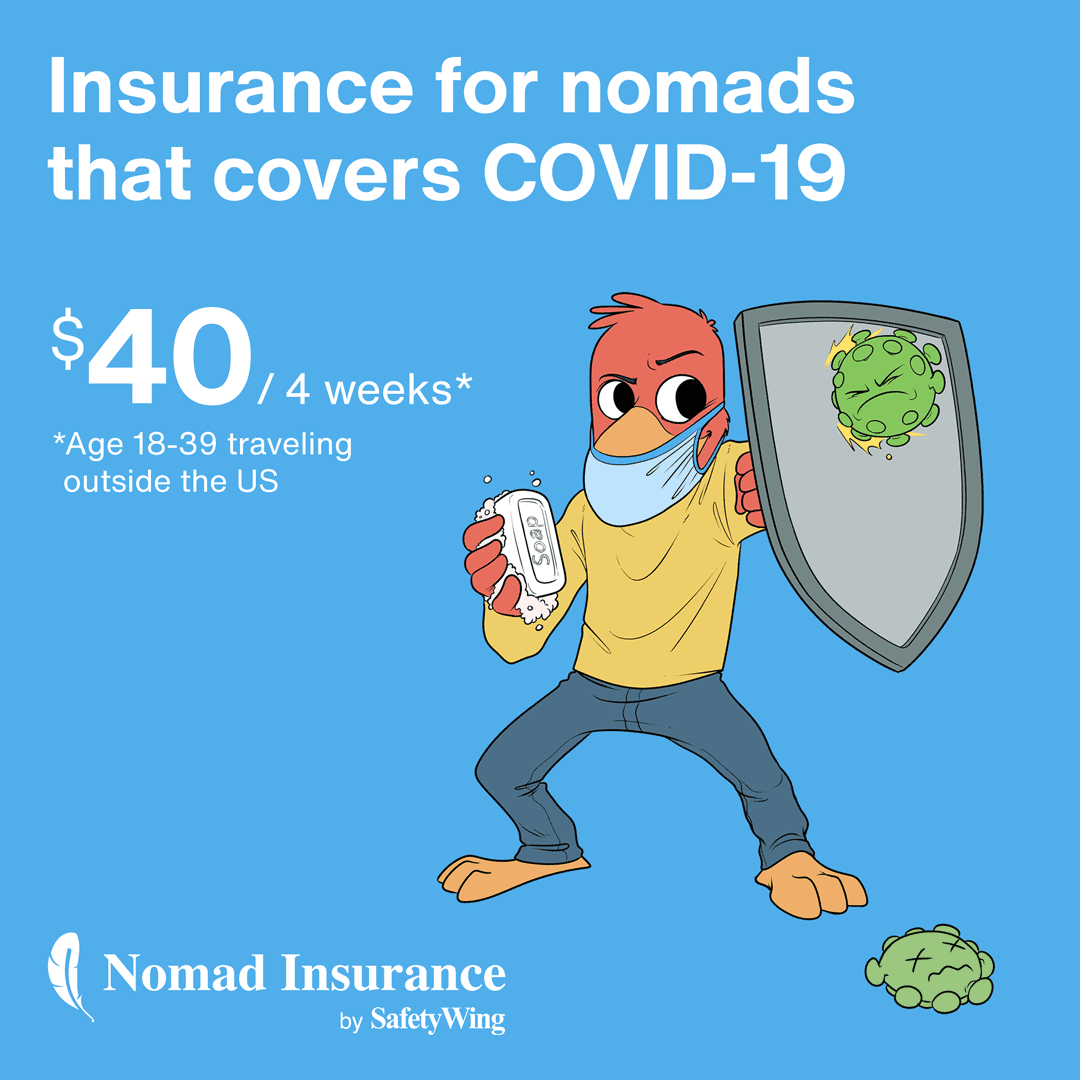