Luxembourg is a small nation, surrounded by France, Germany and Belgium. Its capital, Luxembourg City, is famous for its fortified medieval Old Town perched on sheer cliffs. Between tradition and modernity, its UNESCO World Heritage monuments and the numerous museums and squares are on the must-see list. For nature and sports lovers, discover the regions outside Luxembourg City where there are numerous hiking and mountain biking trails.

Let’s not forget about its award-winning wine and delicious cuisine, this little country really packs a punch! Luxembourg’s cuisine is heavily influenced by both French and German food traditions. Local delicacies include plum tart, potato pancakes (our favourite), and green bean soup with potatoes, bacon and onion.

From its ancient network of underground tunnels, to the vast outdoor opportunities in nature, there is much more to Luxembourg than meets the eye. 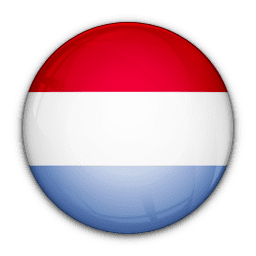 Countries in Europe that use the euro in 2022 – Complete List

Planning a trip to Europe? Our guide covers the essentials you will need in your packing list for Europe. This continent is one of our favourites regions of the world to explore. Furthermore, if you're [...]

How many countries in Europe are there? This is a really difficult question to answer, as technically the answer can be 44, 45,47 or even 49. Confused? Let us explain why the number [...]

Have you ever wondered what the smallest countries in Europe are? And where exactly are they located? What's a principality? And are there still old monarchies surviving in Europe? And is Vatican City really [...]

Best Things to do in Luxembourg