A former Soviet republic, Azerbaijan is bounded by the Caucasus Mountains and the Caspian Sea. Neither Europe nor Asia, it’s a string of ancient historical empires, but also a ‘new’ nation that is very quickly transforming itself. Its history is linked to the fortunes of petroleum. Its capital city of Baku is known for its medieval walled inner city in which lies the Palace of the Shirvanshahs, a royal retreat dating to the 15th century and the centuries-old stone Maiden Tower, which dominates the city skyline. 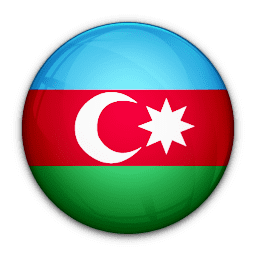 Food in Azerbaijan – 10 Most Popular Dishes

The food in Azerbaijan combines flavours from the Mediterranean, Iran and Turkey. Azerbaijani cuisine features a range of dishes including fresh herbs and vegetables, hearty soups, chargrilled meats and kebab, aromatic rice pilaf, and [...]

If you have never heard of Nakhchivan, it wouldn’t surprise me. Deep within the mountain regions of the southern Caucasus, visiting Nakhchivan is not on everyone’s bucket list. But Nakhchivan is a perfect example of [...]

Planning a trip to the Caucasus? Are you looking for the ultimate Georgia Armenia Azerbaijan itinerary? Then this is the perfect blog for you. If you have two and a half weeks to see [...]

Food Map of Asia – Delicious Food to Try in 39 Countries

This food map of Asia shows all the dishes we’ve eaten on our journey to visit every country in the world. This continent is a definite favourite for us - mainly because the food [...]

Best Things to do in Azerbaijan