While the neighbouring countries receive plenty of visitors, Palestine is still undiscovered by many. Recognised as an observer state of the United Nations, Palestine is a captivating place. Of course, the Gaza Strip is strictly off-limits for visitors, but the West Bank is relatively peaceful and easy to travel to.

There are a few places to consider. Bethlehem is where the site of Jesus Christ’s birth can be found as well as some Banksy art on the controversial Separation Wall. Then there is Jericho (one of the oldest cities), Nablus (the best sweets in Palestine) and Ramallah, the most affluent and liberal city. 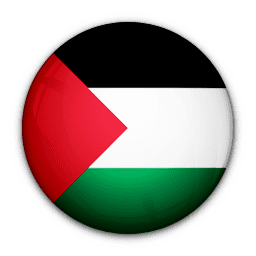 How many countries in the world are there? Best answer: 193!

It seems like an easy question to answer. But it’s not. Including a simple question "How many countries in the world are there?" to your trivia night will result in a great debate or [...]

Final 9 countries remain to visit every country in the world!

Amid a worldwide pandemic, we found ourselves in London having to call off our big trip. For the past two years we've been travelling towards one goal - to visit every country in the [...]

Things we ❤️ about Chiang Mai. You may have

The European summer season is well and truly back

If you have ever seen an image taken on the island