A huge country, abundant in oil and minerals makes Kazakhstan one of the most advanced countries in the ‘Stans’.  The former capital city of Almaty feels like you could be in any other cosmopolitan city in Europe.  Big glitzy malls, leafy streets, and avenues, expensive cars, and a thriving bar and nightlife scene. We still loved the more traditional Green Bazaar – don’t miss it.

Kazakhstan is the ninth largest country in the world and outside of Almaty and the recently re-name capital Nur-sultan (former Astana), there are dramatic landscapes to be explored. And if you are interested in the space race, visit Baikonur Cosmodrome where Russian Soviet pilot Yuri Gagarin was launched into space in 1961, the first-ever human to make the journey. 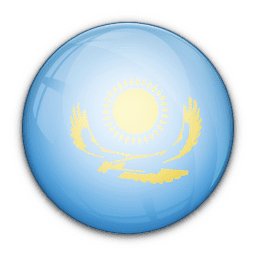 Ok, I admit it. A huge motivation for my travels around the world is largely based on how good the cuisine is. Everyone has the ‘thing’ they search for when exploring a new country, and [...]

Food Map of Asia – Delicious Food to Try in 39 Countries

This food map of Asia shows all the dishes we’ve eaten on our journey to visit every country in the world. This continent is a definite favourite for us - mainly because the food [...]

Best Things to do in Kazakhstan