What to Eat in Mauritius – 9 Delicious Foods to Try

Mauritius is a multi-cultural island blending many cuisines from all over the world. There were no indigenous people on the island before the first Portuguese settlers arrived. With colonial governments turning Mauritius into a plantation colony, slaves and servants from South Asia and Africa were brought to work here. Over generations, Mauritian cuisine has evolved as a melting pot of flavours. If you’re wondering what to eat in Mauritius, don’t leave without trying these foods. 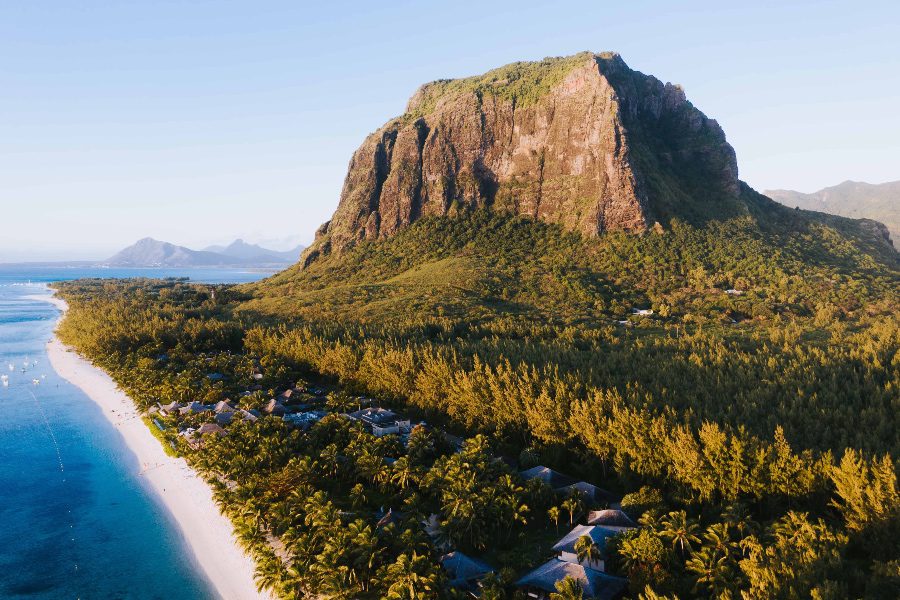 La Punce mountain on Mauritius. There is plenty to do here, but make sure you eat some local dishes

What to eat in Mauritius – 9 Foods you Must Try

A thin soft pancake made with grounded yellow split pea flour. It is filled with delicious buttery bean curry, wild herbs and sweet tomatoes. You can find this snack anywhere and everywhere for around 15 rupees each ($0.40) One is never enough, so order at least two of them. A quintessential snack when you’re searching for what to eat in Mauritius.

This is very similar to Hyderabadi Biryani in India. The flavoured rice is made with a huge list of spices, long-grained basmati rice and yoghurt. Potatoes are placed at the bottom to prevent the rice from burning or sticking to the pot. Consider yourself lucky if you get served a portion with a bit of this included, it’s packed with flavour and crispy goodness.

Where to get the best biryani? Le Tandoor, near Grand Bay, was recommended by locals as the best – and we agree. Join the line of locals here at midday to pick up your portion of this tasty dish.

Noodles are fried in soy sauce and then topped with fried onions and chilli. The best place to eat this dish is from any stall in China Town, Port Louis.

These are very similar to Chinese dumplings or dim sum. They’re commonly served in a flavoursome soup with fresh chopped chives. The dumplings are made of meat, pork, fish or vegetables.

Many of the streetside vendors in Port Louis serve cheap and tasty portions of boulettes. Look for the long line of locals to find out where the best places are. From our experience, anywhere close by the bus stations in Port Louis were very busy.

Boulettes must be on your ‘what to eat in Mauritius’ list. My favourite dumplings I’ve ever eaten were in Beijing, China, but I also ate some very weird foods in China too.

Deep-fried Mauritian snacks are found everywhere on the island. This can include samosas, fried dumplings, egg rolls, eggplant slices fried in batter, and fried yeast balls

Small street vendors serve these snacks and they’re even popular in luxury restaurants.

A flat Indian bread served with various curries and pickles. These are sold on the street and in all restaurants. They’re very similar to Indian roti or chapati.

Curries are a major component of Mauritian cuisine. The curries here have garlic, onion and curry leaves as their base, then spices, coconut milk or tomatoes are added.

Often accompanied by rice or bread, curries here are not too spicy when compared to their Indian counterparts. 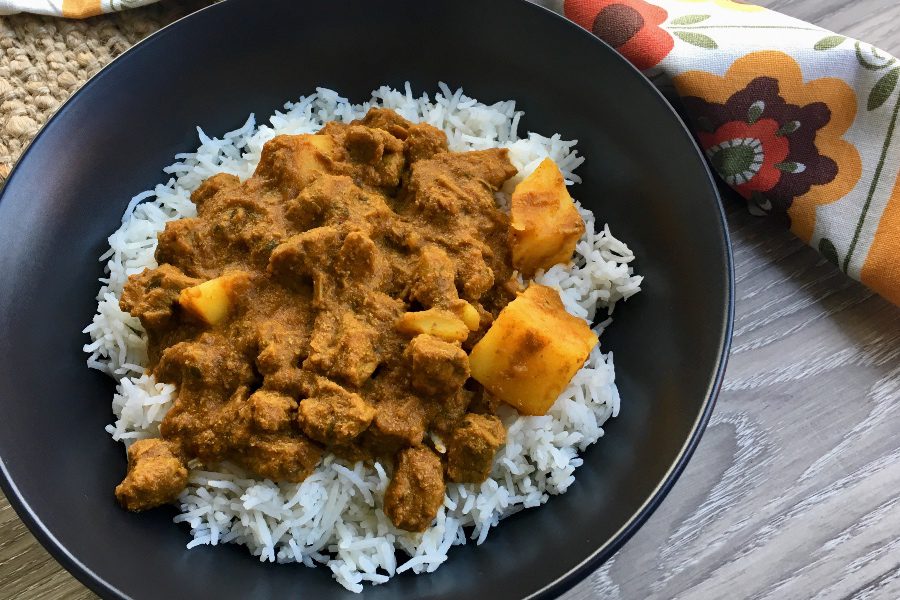 What to eat in Mauritius? The beef curry is a must! Photo Credit: www.mauritianfoodrecipes.com

This is typically the food of Southern India – but if you find a good place for a banana leaf meal, you get to try a little of everything.

Choose from a vegetarian option or one which includes meat/seafood too.

You’ll get a mound of rice with dhal, a few different curries, pickled vegetables and chilli sambal too. This is a filling meal and you’ll probably get a glass of sweet juice and a small sweet to eat after this large meal.

We went to ‘The Banana Leaf’ cafe in Port Louis and enjoyed a vegetarian meal for 150 rupees or 250 for the meat option.

Similar to roti canai in Malaysia. It’s influenced by Indian paratha, a thick fried bread. The farata is also very popular street food, but instead of yellow pea paste, it’s filled with various curries and chutneys.

There are so many more options for what to eat in Mauritius. Aside from the fantastic options in the capital city of Port Louis, I’d recommend you get a little lost in the small streets.

We found some of the best street food by escaping the tourist areas nearby the beaches and exploring the backstreets and small neighbourhoods. Not only will you find some really tasty Mauritian food, but you’ll also meet some friendly locals who will be more than happy to see you enjoying their food.

My 7 tips about how to find the best food when travelling is useful for what to eat in Mauritius, but you can use it to travel the entire world.

Looking to join a small group of food lovers to discover what to eat in Mauritius and find the best of Mauritian food? We recommend you reserve a spot on this Street Food Tour in Port Louis.

Other Popular Food Tours in Mauritius

Are there any other dishes we should include in our what to eat in Mauritius guide? Let us know in the comments.