10 Bizarre Foods to Eat in China 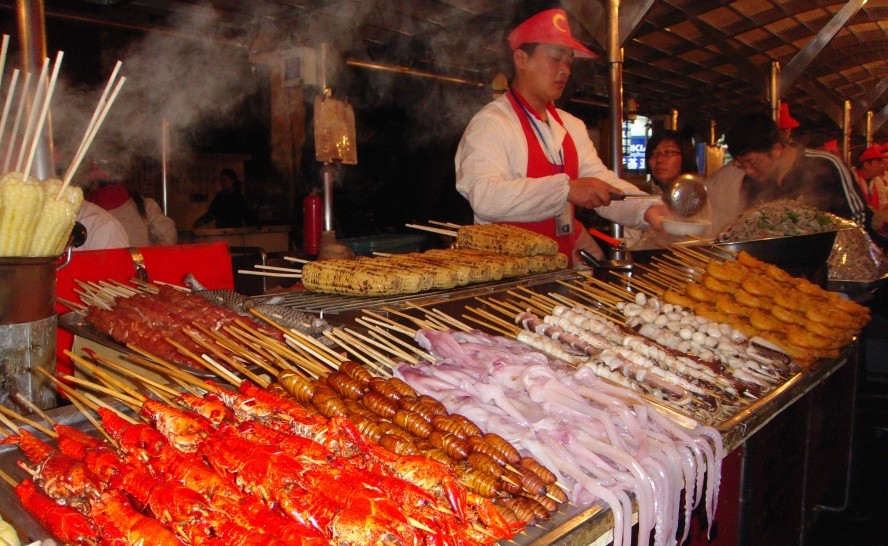 If eating were an Olympic sport, no other country would come close. I’ve never seen a nation show so much dedication to consuming anything that walks, crawls, flies, swims, slithers or grows in my whole life until I travelled to China. Bizarre foods? Yes, please.

I’m a food lover, therefore, most of my time spent travelling the world is wandering through food markets in search of tasting anything that is recommended to that country or indulging in food that locals love to eat.

I thought that I was quite an adventurous eater until China seriously tested all of my culinary barriers. Many foods from China will take you by surprise for sure!

Would you dare to eat any of these foods of China?

Yes, you heard that correct. Threaded on a stick, grilled and served hot.

10 Bizarre Foods to Eat in China – Sheep Penis. Foods From China make good use of the entire animal, including reproductive organs.

I’m told this tastes similar to squid and comes with severed muscles and fish fat around the eyeball. The eyeball is boiled, seasoned and served. Bon Appetit.

A Chinese delicacy made using the nests of a small Chinese bird, the swiftlet. The bird makes its nest from its own saliva, which hardens when exposed to air. Chicken broth is added to the saliva to make this soup. Like many things in China, it’s famed for its health benefits.

Chicken testicles seem to show up on many menus in Hong Kong. The testicles themselves look much like large white beans which are boiled or fried whole with a soft squishy inside. They’re served in a broth with your choice of rice or noodles. Nothing like a bowl of testicles for dinner! Definitely at the top of the strangest and bizarre foods in China and the world. 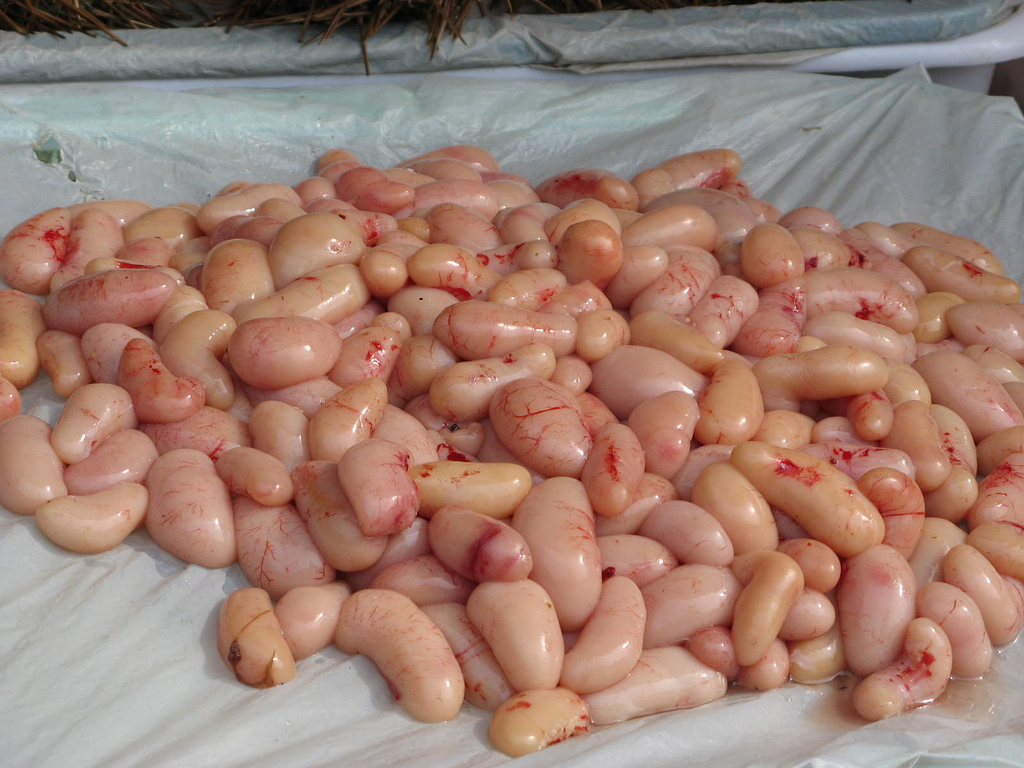 10 Bizarre Foods to Eat in China – Chicken Testicles. Foods of China eaten by the bowlful.

A balut is a developing duck embryo that is boiled and eaten in the shell. Locals absolutely love them. They tell me the best part is when you tip the egg up and sip on the liquid inside. Balut is a much loved food of China, however, balut is a common food in other countries such as the Philippines, Laos, Cambodia and Vietnam.

For most westerners, it’s just another one of the bizarre foods you only find on your travels.

Deep-fried on a stick. Choose to have yours seasoned with salt, chilli salt or whatever else the vendor is offering. If you close your eyes and forget about what you are snacking on, you might be able to stomach it. Not only are scorpions and insects some foods from China eaten on the regular, you’ll find them in Thailand and other Sth East Asian countries too.

Duck eggs coated with lime, ashes and mud, soaked in brine for 100 days until the yolk turns green and the whites become gelatinous and dark brown. The eggs have a creamy cheese flavour with a strong smell. Sound inviting? Only 3 left to complete this list of bizarre foods to eat in China.

10 Bizarre Foods to Eat in China – Thousand-year-old egg. This looks like the most bizarre food that China has invented yet.

More commonly eaten in Hong Kong, especially during the winter to warm up, this soup is considered somewhat of a gourmet dish. The soup is served with snake shredded inside. Many say it tastes like chicken.

It’s the name that turns most people off, even before they wonder what it might taste like. It’s fermented tofu that has a very potent smell. You definitely smell it half a block before you see it. It’s been described to me as the blue cheese of tofu. I love blue cheese, so I ordered and ate a whole plate, served alongside pickled cabbage.

I’d do it again for sure. It’s probably one of the weird and bizarre foods in China I liked.

Yes, only because I love the food served on a stick, this had to make it to my list. I found this one quite impressive, because it is an entire street bird threaded on a stick, dipped in a marinade for all that flavour and roasted.

I didn’t eat one because I was too full from consuming all those foods I mentioned at the top of my list. Next time maybe? 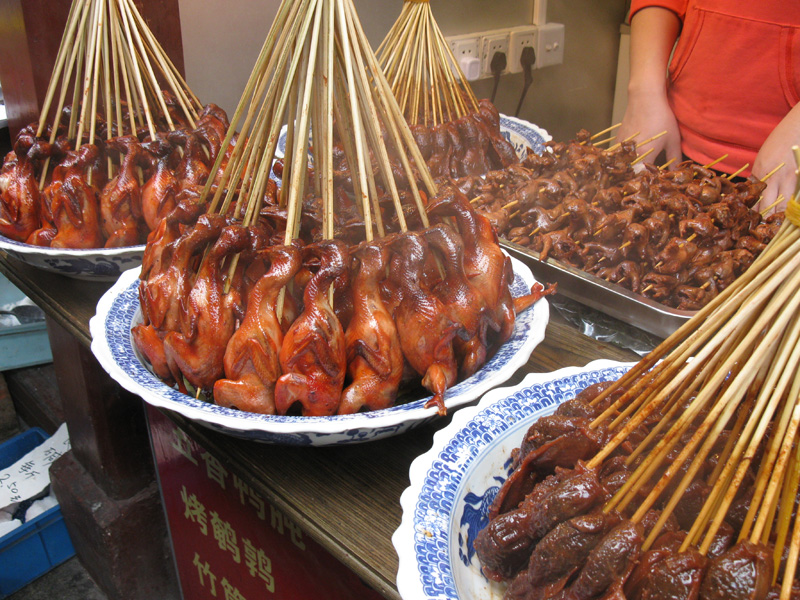 Planning a trip to China? Apart from bizarre foods, make sure you are prepared and read our post – How to avoid common tourist scams in China. Find out all our secrets to help you find and book the cheapest flights to China or anywhere else in the world.

Ensure you’re covered with the best travel insurance policy when travelling in China. We use and recommend SafetyWing or World Nomads.

What is the most bizarre food you have eaten on your travels? Would you add anything to this list?

If you’re travelling further in China, you may enjoy reading about where to eat in Pingyao, China and check out some amazing small group trips in China by Wendy Wu Tours.

There are so many incredible things to do in China, from tours to visit the Great Wall of China, exploring the Forbidden City or being amazed at laying eyes on the Terracotta Warriors in Xi’an.

You may be interested in reading about the 9 weird drinks in the world that will surprise you or our Ultimate Food Map of Asia may give you some inspiration for which destination you should choose to travel to next?

Get Connected in China with eSIM! 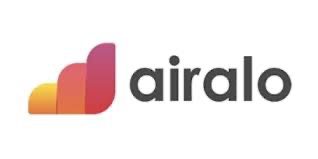 Get connected the easy way when you’re travelling – and buy an eSIM.

Read more about how an eSIMs works or click below to view which eSIM data plan you need for China. Use our referral code: RACHEL5045 to get $3 off your first purchase!

Buy an eSIM for China!

You may also enjoy these posts: