Latvia and Lithuania – How Are They Different?

Here are a few important facts about Latvia and Lithuania and how they are different from each other. 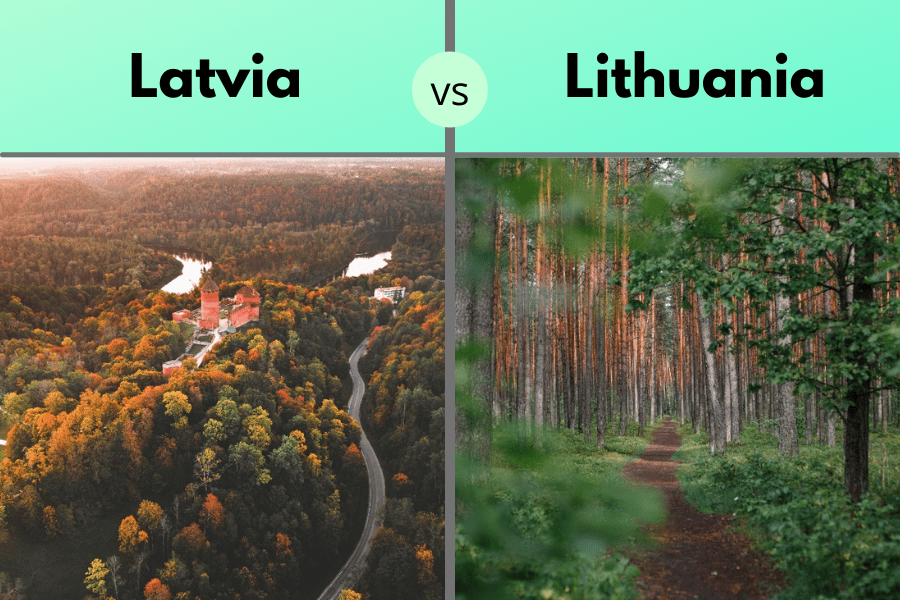 1. Latvia and Lithuania – Where are they located?

Latvia and Lithuania border each other. They are both in northeastern Europe and are known as the Baltic states along with Estonia.

Lithuania is located next to Latvia to the north, Belarus to the east, Poland and the detached Russian oblast of Kaliningrad to the southwest, and the Baltic Sea to the west.

Latvia is located between Estonia and Lithuania and borders Russia and Belarus to the east and the Baltic Sea to the west. 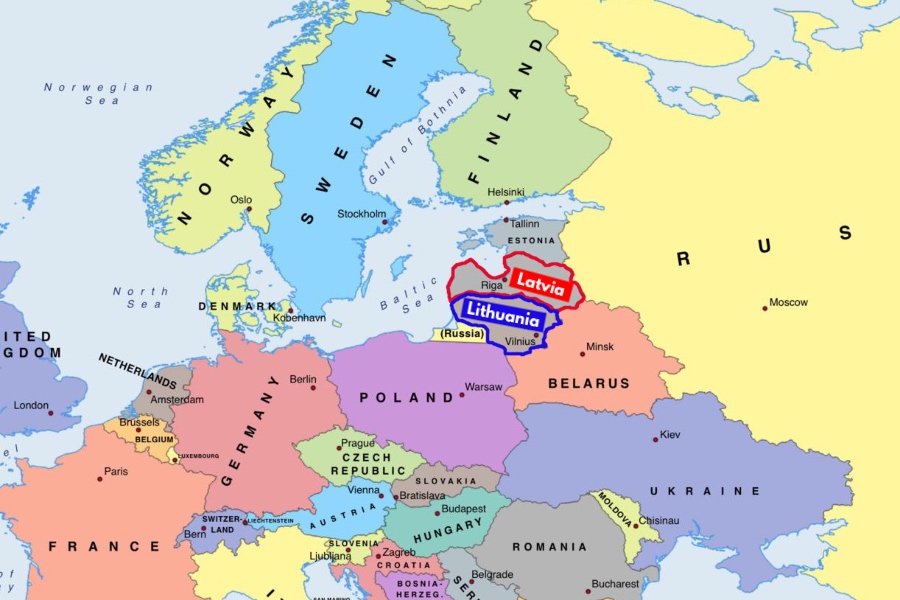 Latvia and Lithuania on a map

And the beaches of Jumala are only 30 minutes drive away, a great escape from the city in the summer.

Vilnius’s population is 580,000 but it feels more like a town than a city. It doesn’t get as many tourists as Riga which can be a good reason to visit.

Vilnius is also more affordable than Riga when it comes to food and drinks. The climate is milder here too, due to its southern location. 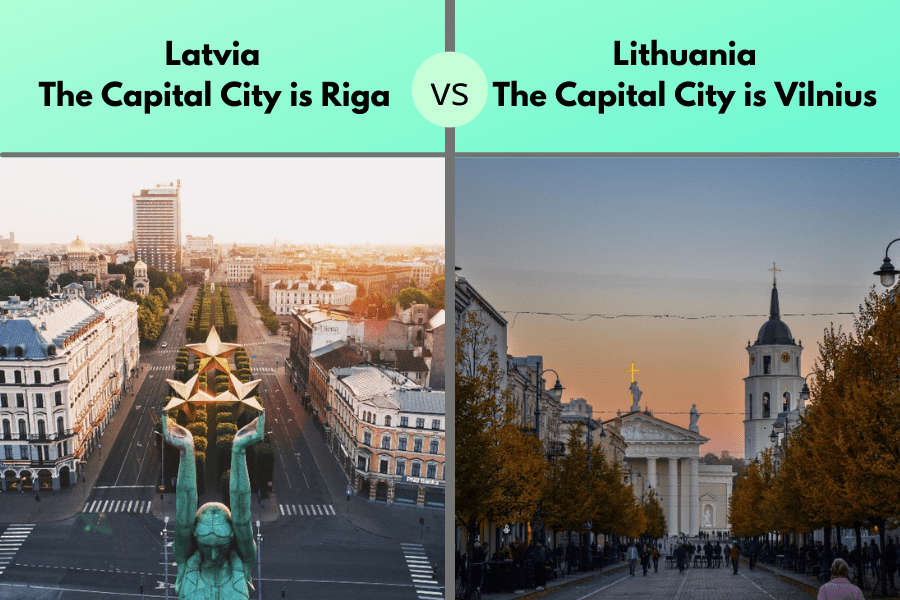 3. Latvia and Lithuania were once part of different countries

There are two differences when it comes to the history of Latvia and Lithuania. Latvia and Estonia were once part of one country called the Livonian Order. Lithuania was part of the Lithuanian-Polish Commonwealth which once upon a time was huge.

Have a look at the picture below to see how big Lithuanian-Polish Commonwealth once was.

But in the 20 century, both Latvia and Lithuania were incorporated into the Soviet Union and were part of it from 1940 until 1990/1991. 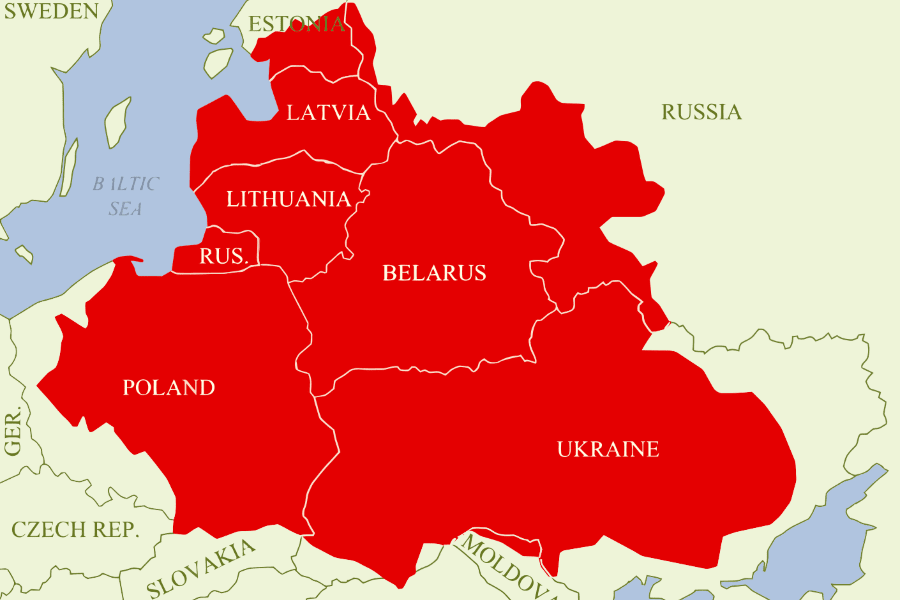 4. The flag of Latvia and Lithuania

Latvia and Lithuania have quite different flags.

The Flag of Latvia is a horizontally striped carmine red (deep red) on the top and bottom, with a white stripe through the middle. It was officially adopted in 1922, four years after declaring independence, and remained the nation’s flag until its annexation by the Soviet Union in 1940.

The flag of Lithuania consists of a horizontal tricolour of yellow, green, and red and it was first used in 1918. 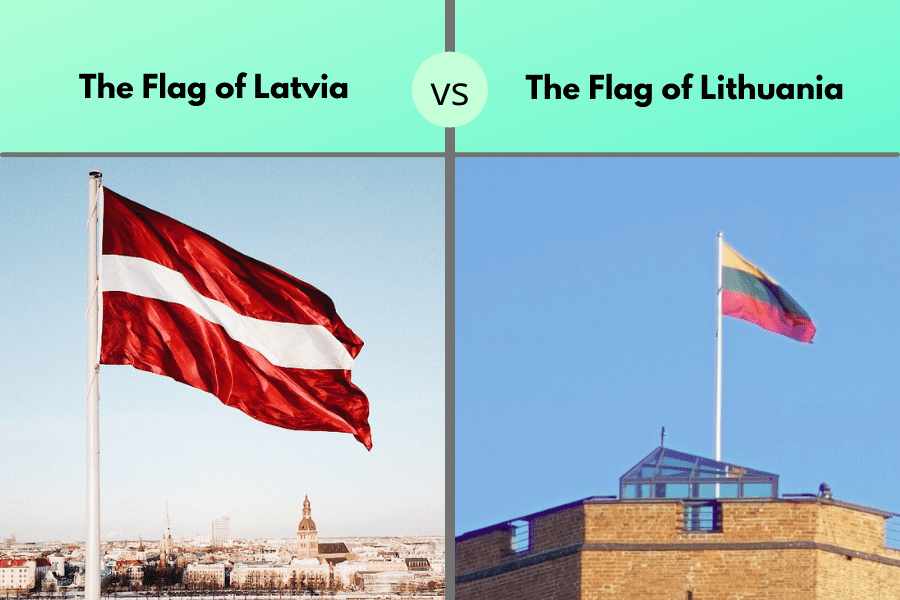 5. The language of Latvia and Lithuania

Each country has its own language. Lithuanian and Latvian are closely related languages and are the only two of the Baltic branch of Indo-European languages.

They are quite similar and share similar vocabulary and grammar features, but not close enough to make conversation possible. By the way, Estonian is part of the Ungo Finnish closer to Finnish or Hungarian.

And that’s our recap on how Latvia and Lithuania are different. If you are planning to visit either one of these two countries, we recommend the following tours.

Best Things to do in Latvia

Best Things to do in Lithuania