How Many Countries In The World Are There? Best Answer: 193!

It seems like an easy question to answer. But it’s not. Including a simple question “How many countries in the world are there?” to your trivia night will result in a great debate or confusion.

This article has been updated in Jan 2022. 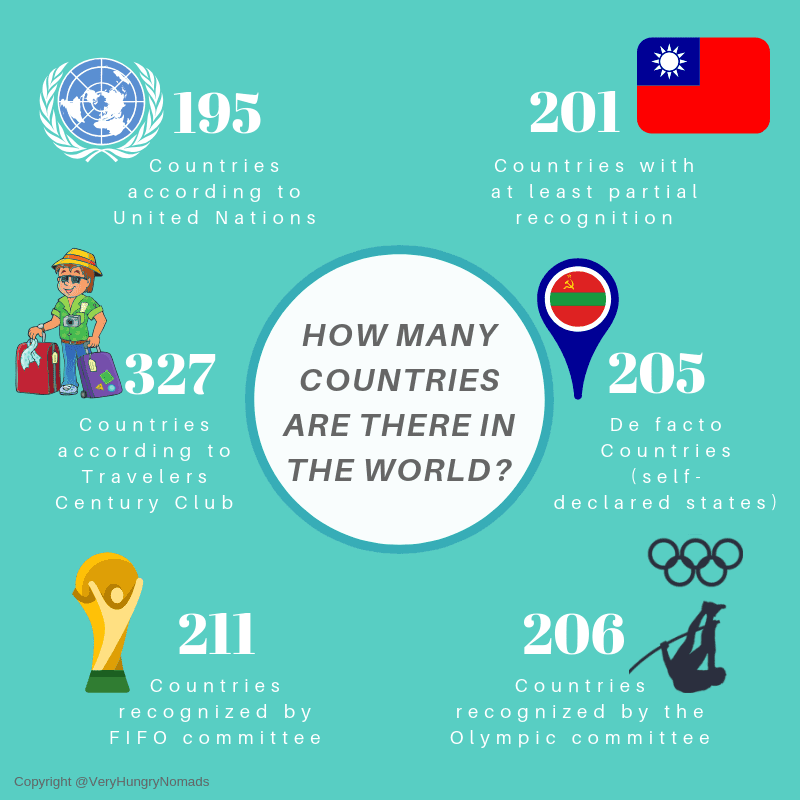 How many countries in the world are there?

Countries of the world according to UN – 195

A place with its own borders and fully independent government. This is the definition of a sovereign state or a country by the United Nations (UN). According to the UN, there are 193 countries in the world and 2 observer states (Palestine and Vatican City).

So in total, there are 195 countries in the world.

The newest country is South Sudan which gained its independence in 2011 and has been added to the long list of countries in Africa.

Countries of the world with at least partial recognition – 201

It is the reason why there is such a debate about the correct answer for how many countries in the world question. 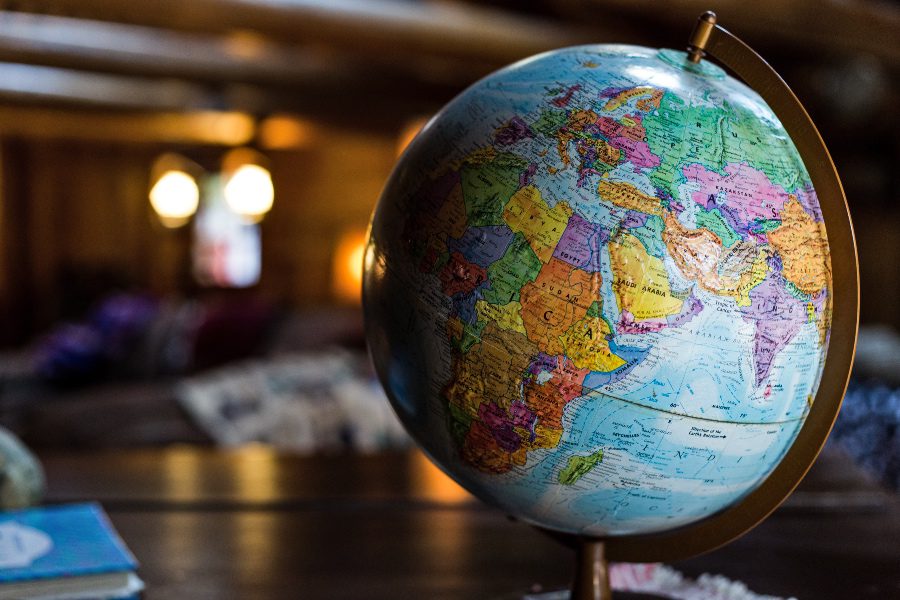 Countries of the world including self-declared states – 205

We also have to mention countries with their self-proclaimed independence. These countries are not recognised internationally; often their claim to sovereignty is disputed from the beginning.

These include Somaliland claiming independence from Somalia. They have their own currency, flag, as well as passports.

The last is the tiny nation of Sovereign Military Order of Malta with its seat in Rome. The self-declared states are always interesting places for travellers to visit as it really starts the conversation about what makes a country a country.

Countries of the world recognised by the Olympic committee – 206

If you are a lover of sport or at least a fan of the Olympics, the countries competing at these games might seem like the logical list.

To qualify, you do not have to be a country that is fully recognised, hence why the list includes the following: Palestine, Kosovo, Taiwan as well dependent territories such as Porto Rico (USA), Cook Islands (New Zealand), Bermuda, American Samoa or Aruba. 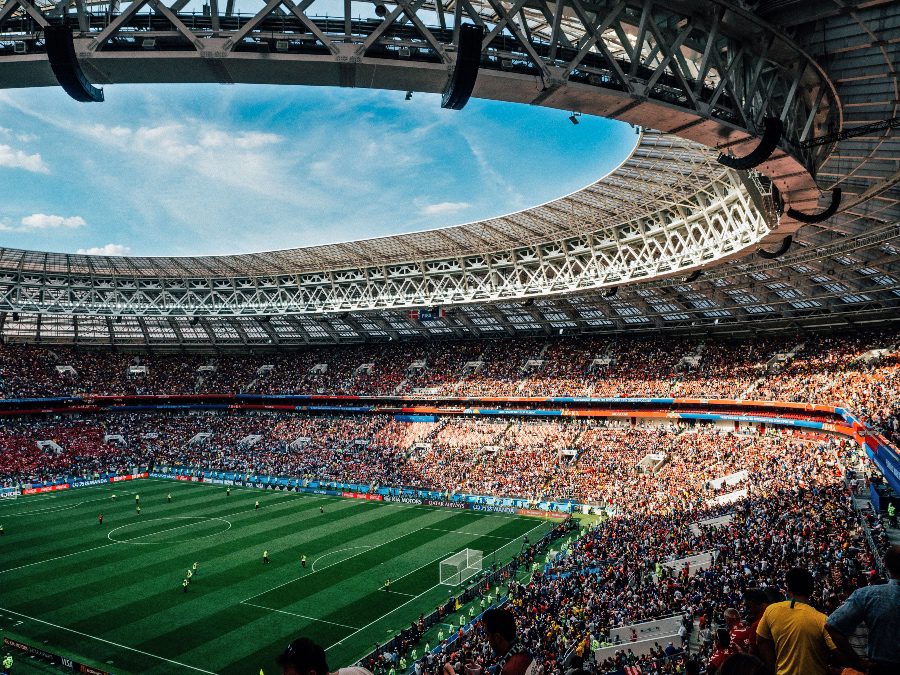 How many countries in the world are there? FIFA recognises 211 nations that can compete in the World Cup.

Countries of the world recognised by FIFA committee – 211

The list gets even longer when looking at the qualifying countries by FIFA.  This organisation added Kosovo and Gibraltar in 2016 as countries competing in football to their already extensive list.

Given the popularity of this sport in this corner of the world is not surprising to see Scotland, Wales, England and Northern Ireland compete separately as opposed to under the country name of the United Kingdom. 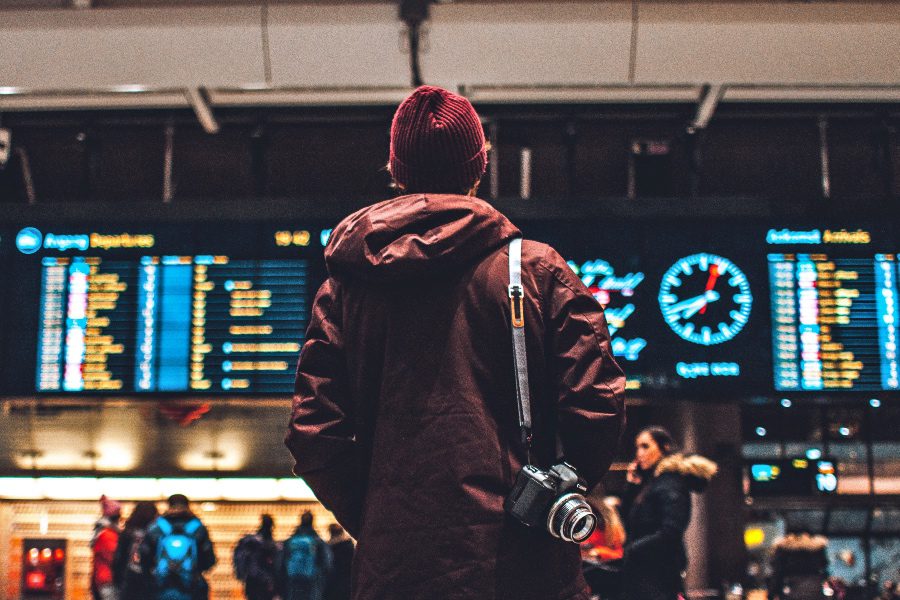 How many countries in the world are there? Travellers’ Century Club’s official list of countries and territories adds up to a total of 327 as of Jan. 1, 2018

Countries of the world according to Travellers Century Club – 327

327 countries in the world? Sounds like a lot, right? Not according to the Travellers Century Club and their list.

Although some are not actually countries in their own right, they are included because they are removed from the parent country. Travellers have disputed the list of countries ever since wanderlust took them to explore the world…. And it’s easy to see why.

If you go to Scotland does it really feel like the United Kingdom? Is Alaska or Hawaii really the USA? Greenland is Denmark? And Ibiza is Spain?

The world is divided into regions by Nomadmania – 1301

To add another dimension to this debate: Did you know that Nomadmania divides the world into 1301 regions based on territory, population, diversity, economy and tourist appeal?

It really helps you to see the world in a very different way.

What will be the next new country in the world?

What about new countries in the world? Will there be a next new country soon?

Well, the one country that we must mention is Bougainville. Officially part of Papua New Guinea, Bougainville fought a long civil war over independence. In 2019 the people of Bougainville finally had the option to vote in a referendum. 98% voted for independence, but with the pandemic, things have so far led nowhere.

The new country, when it happens, would be small as it is around the same size as Lebanon and Cyprus.

Slovakia vs Slovenia – What is the difference?

For now, we are aiming to visit all 195 countries according to the UN. Check out our map of where we’ve been to see what countries remain. And check our Instagram to find out # of countries in the world we have visited.

We hope this blog helped you answer a simple question: “How many countries in the world are there?” What do you think is the best answer?