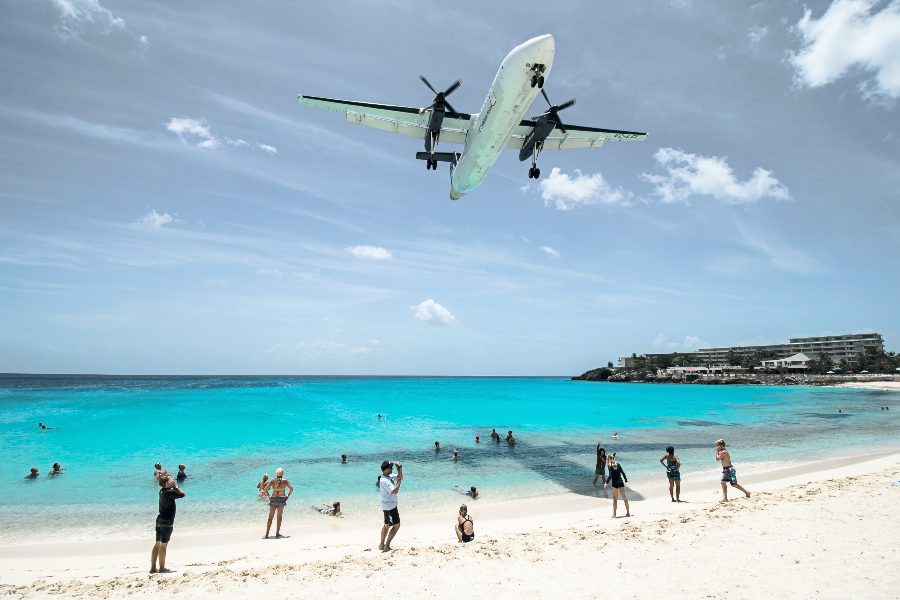 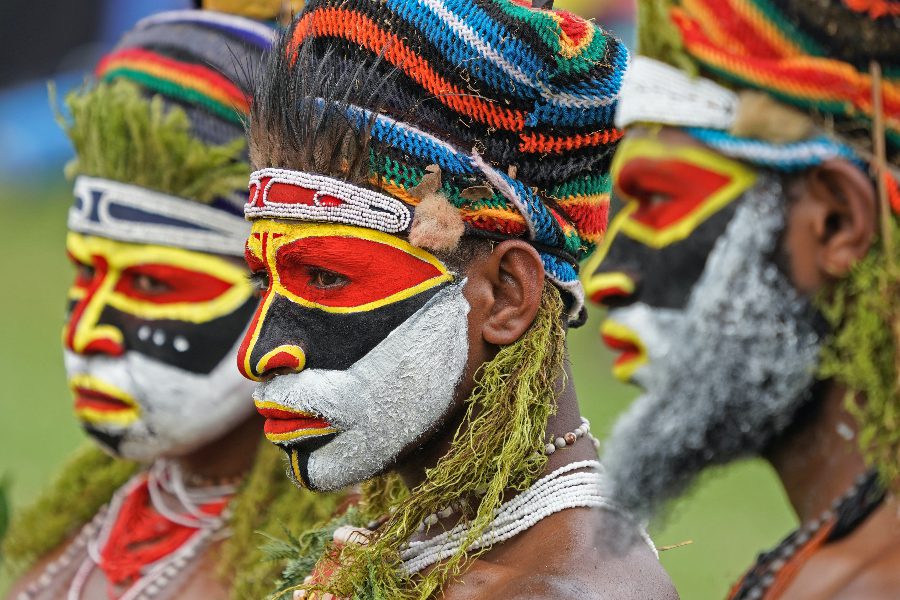 New Guinea is the world’s second-largest island located north of Australia and it is an island shared by two countries. New Guinea is split almost equally, between Papua New Guinea to the east and Indonesia to the west. 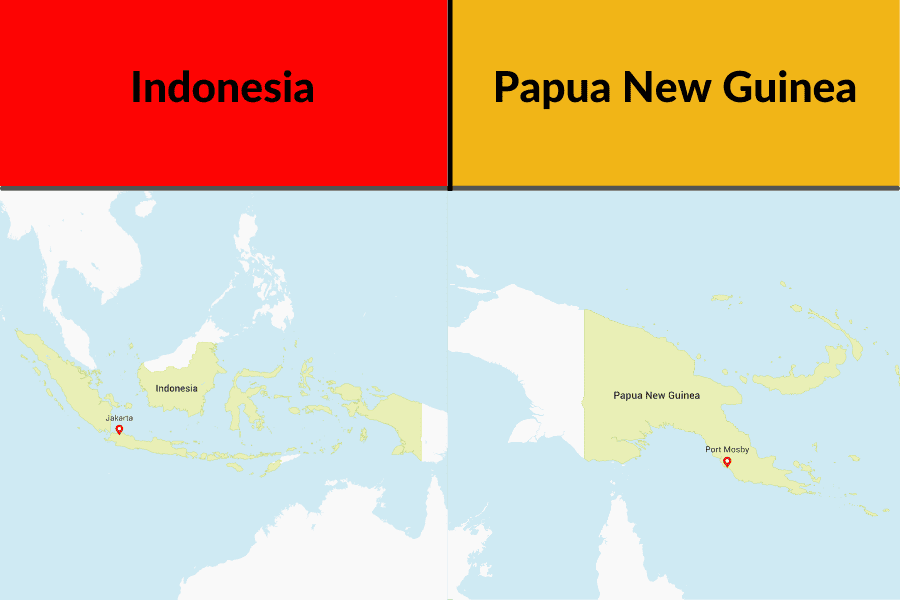 2. Haiti and the Dominican Republic share the island of Hispaniola 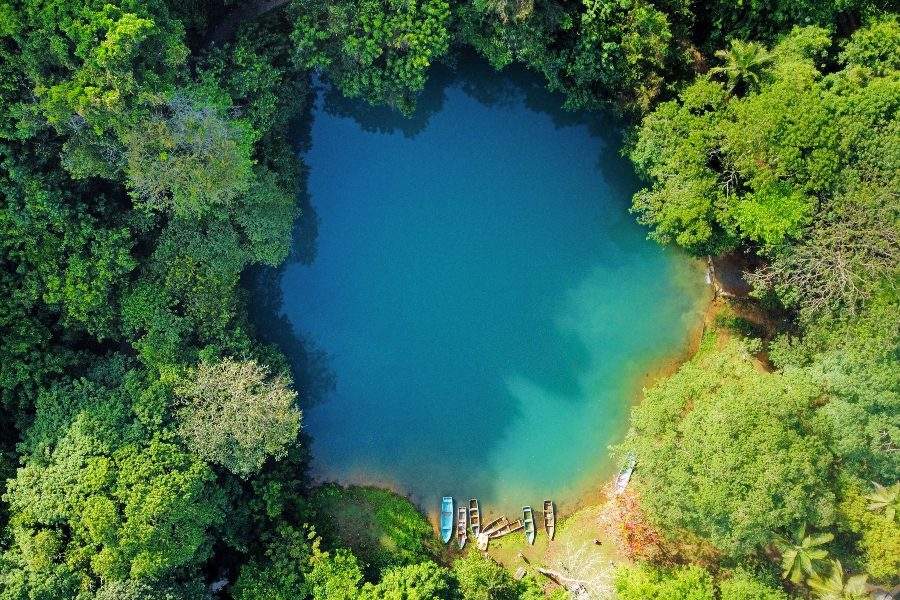 The island of Hispaniola in the Caribbean is also where 2 countries share one island. Two very different countries. While the Dominican Republic is a popular tourist destination, only a few visitors make it to Haiti.

But the border is easy to cross and this is how we travelled to Haiti.

How and why was this island split into two? And why is life in these two countries so different? Find out more in our blog Why are Haiti and Dominican Republic so different? 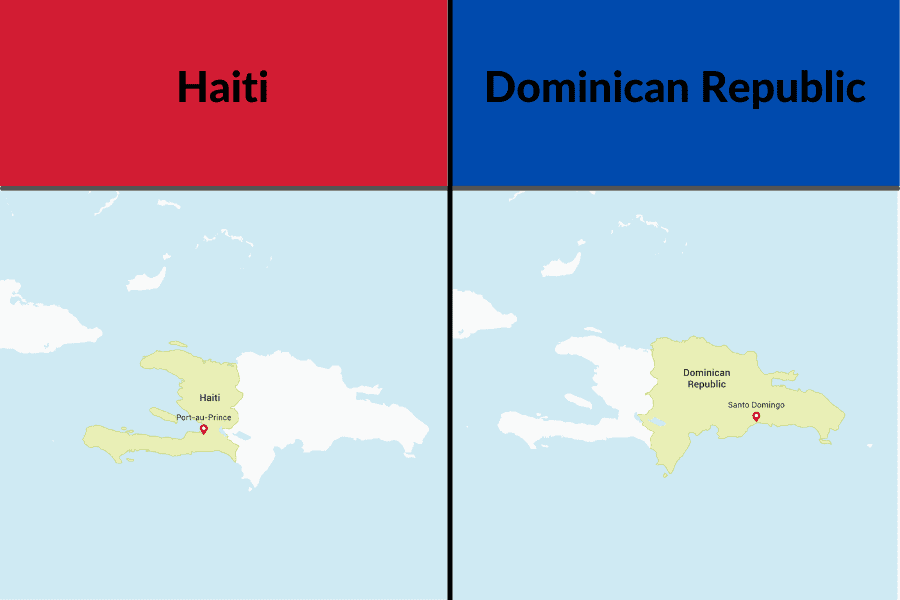 3. Republic of Ireland and Northern Ireland: 2 countries share one island 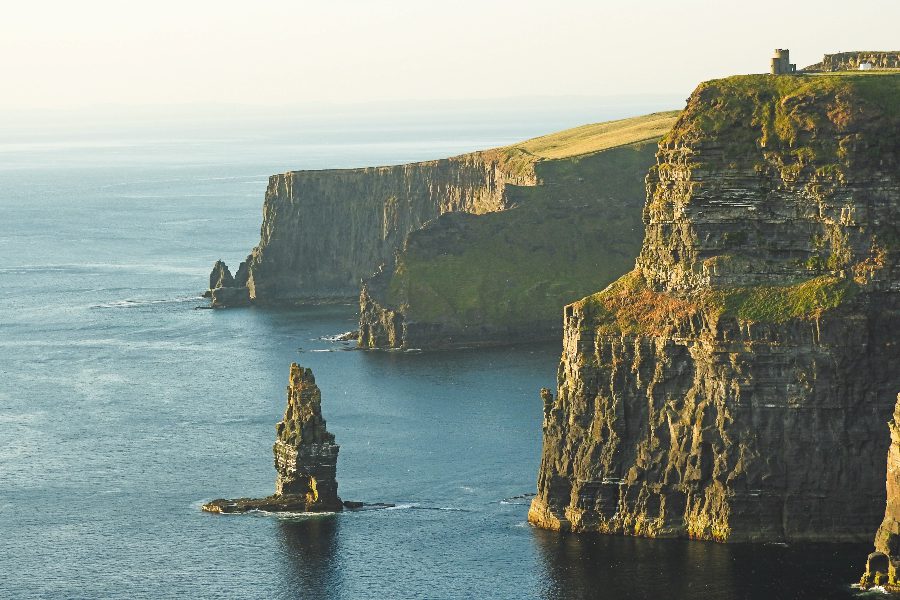 The Island of Ireland is split between two countries, so yet another example where  2 countries share one island. Firstly, the Republic of Ireland (often just denoted as Ireland), is an independent sovereign state. Secondly, Northern Ireland is a part of the United Kingdom and it’s not a sovereign state,

The Republic of Ireland is in the south. The currency is Euro. They are part of the European Union. And they use the metric system.

In the north is Northern Ireland which is part of the United Kingdom. Therefore the currency is the pound sterling.

In short, they are not part of the European Union and they don’t use the metric system. 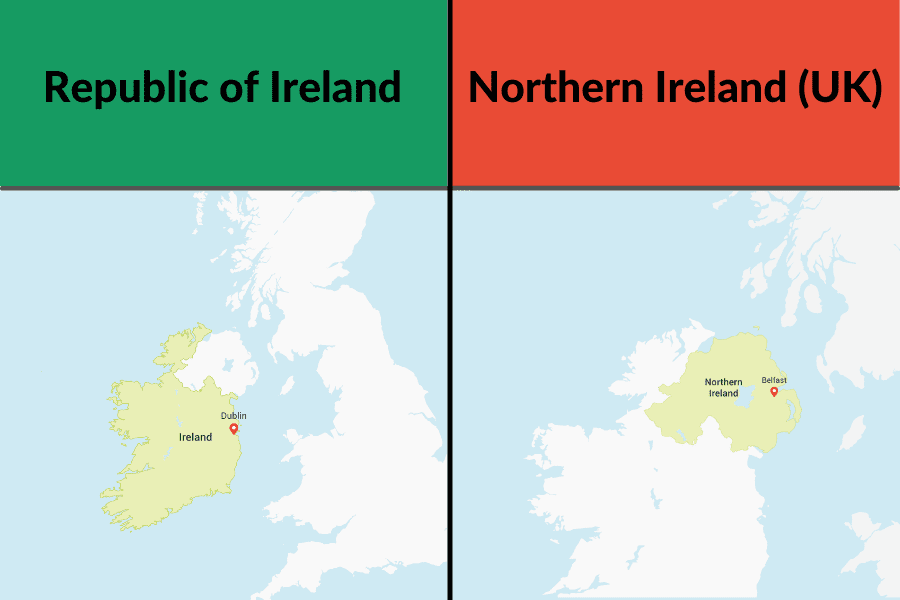 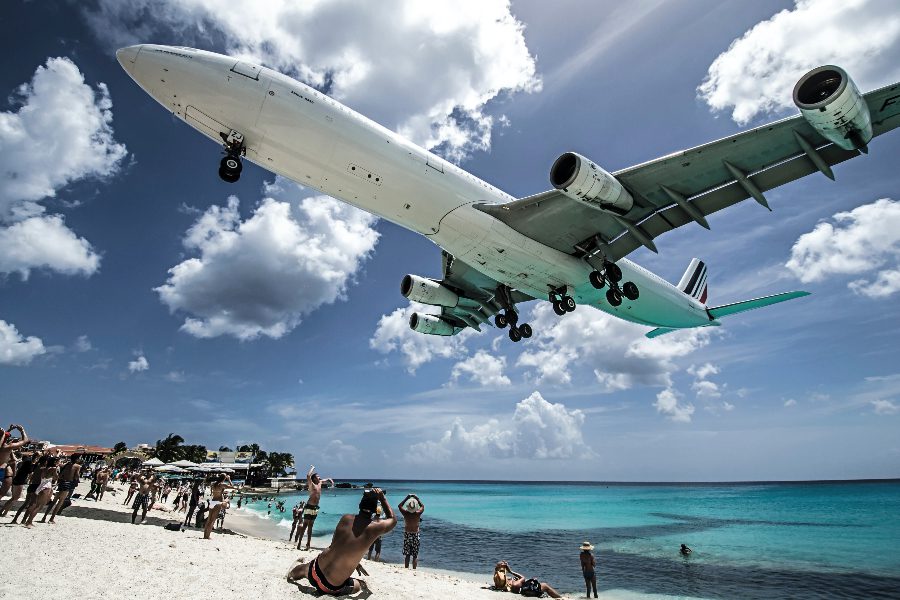 The Caribbean island of Saint Martin is divided into two different parts of European governance. In 1648 a treaty was signed to ensure peace. As a result, the north is French territory of Saint-Martin and Dutch Sint Maarten is in the south. On the other hand, this island is the smallest island in the world where 2 countries share one island (sovereign states).

The Princess Juliana International Airport and is a popular site for plane watchers and tourists. They visit the nearby Mahe beach to watch aircraft on final approach landing at the airport. Because the beach is close to the landing strip, the power of the jet blows people into the water.

Of course, tourists come here to see if they can stand the jet blast.

Saint Martin uses Euros. However, Sint Maarten uses US Dollars and has more of an American influence. 2 countries share one island, yet use currencies of two countries far away (Euro and USD).

Planning a trip to the Caribbean? You might enjoy reading about we planned our journey to go Island Hopping in the Caribbean. 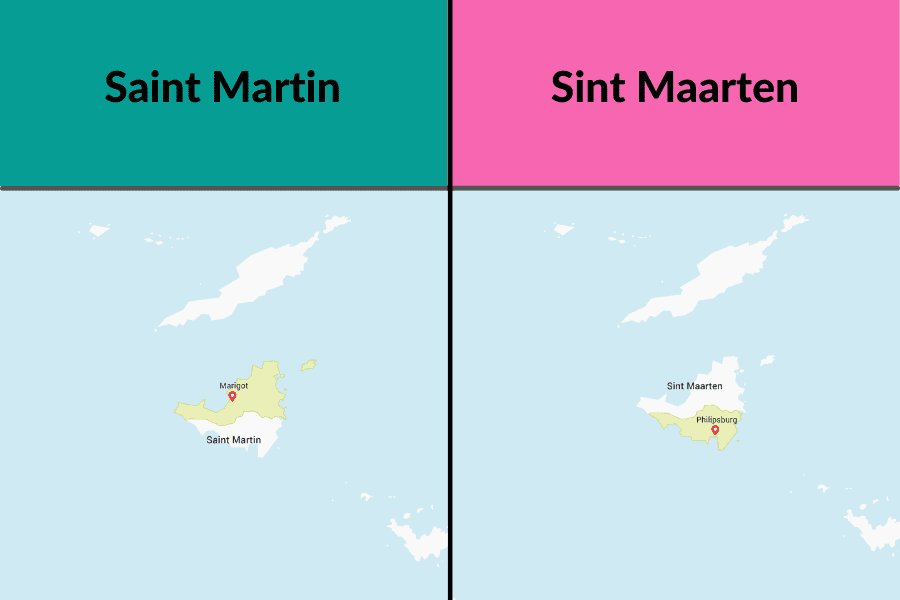 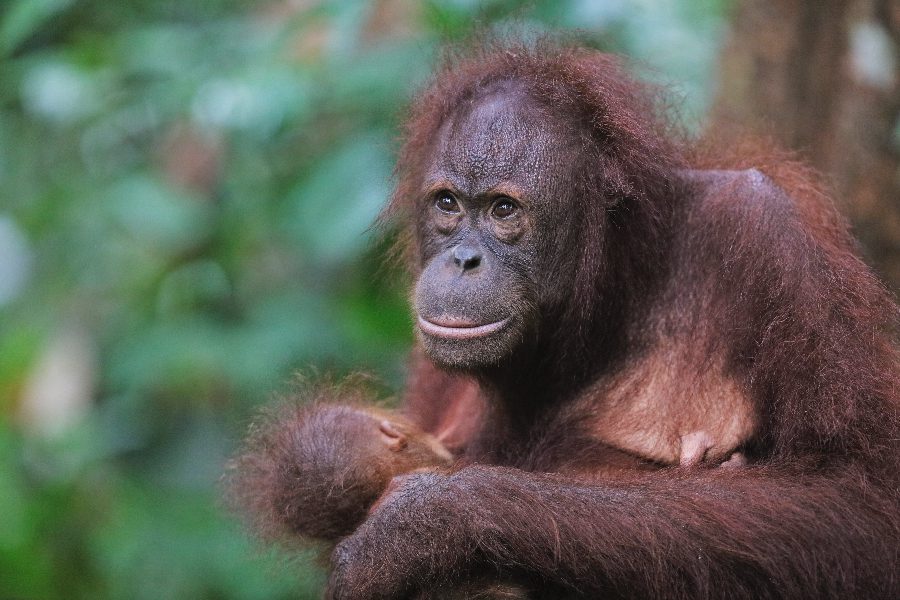 The southern part of Borneo belongs to Indonesia, while the northern part is part of Malaysia. And then there is the tiny country of Brunei. In short, an independent, oil-rich country wedged within the Malaysian part of Borneo. If Brunei didn’t get its independence in 1984, Borneo would be another island shared by two countries.

Borneo’s rainforest is 130 million years old, older than the Amazon rainforest. It’s also one of two places in the world where you can see Orangutans in the wild. 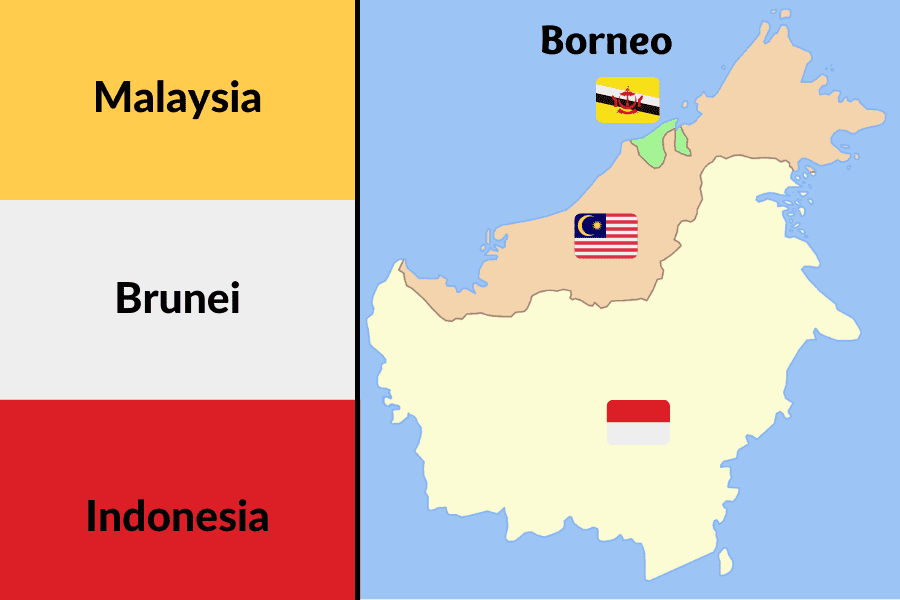 Are there any other countries that share one island? Then let us know in the comments below.

Credit: All map vectors graphics are from Freevectormaps

Additionally, you might enjoy some of these blog posts: