Travelling in Central Africa – Why are we moving faster?

Why are we travelling in Central Africa at a quicker pace than usual? If you’ve been following our journey for a while you might have noticed we are moving a little faster across Central Africa. Nigeria was officially our last country in West Africa. We were ready to plunge into the central, more unexplored part of Africa. Our travelling style in Central Africa has changed and we are definitely moving faster than before.

There are 3 reasons why:

Ok, let’s talk about money. We are travelling on a daily budget of USD $50 per person per day. Sadly, travelling in Central Africa is burning through our budget much quicker than we had hoped.

Our everyday expenses like meals, transport and some accommodation are quite reasonable. We book most of our accommodation on Booking.com, although what we pay in Central Africa for a simple fan room with cold water would buy a gorgeous room in Asia and a cosy apartment in Europe.

Our room in Malabo, EG was USD $140 a night and double that price for our room in Bangui in the Central African Republic (CAR).

Gabon has proved to be gorgeous and green and would be a great example of what travelling in Central Africa could be. But again, the cost of accommodation and even the cost of the train has added up so quickly.

We actually ran out of local currency when we visited Lope National Park. There are no ATMs or money exchange facilities there and they don’t like to accept anything but the local currency, so we had to cut our time a little shorter here. 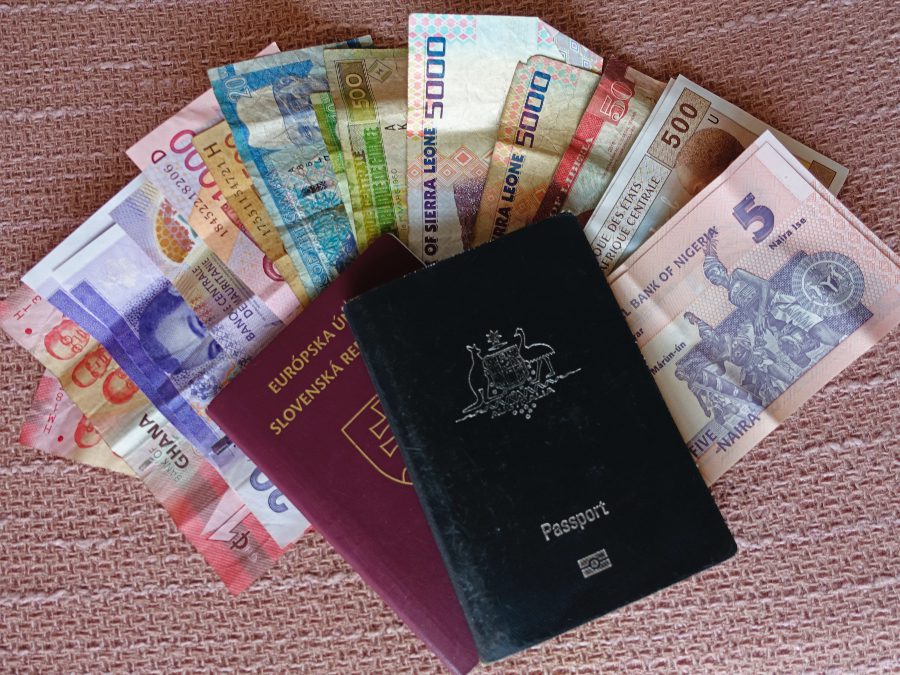 Our budget in Africa has been hit.

The cost of Visas:

The inevitable visas across Africa have added up very quickly, averaging at around USD $100 per visa. We have now obtained 28 visas each. That’s a lot of money!

You may be interested in reading our Visa Page for more information about applying for visas around the world.

The cost of flights:

Above all, it’s the cost of flights within Africa that is really dragging us down. Even when we apply all of our tips and hints to book the cheapest flight possible, internal flights in this part of Africa are expensive. There is no way around it.

It’s often cheaper to fly to Europe than to fly to the neighbouring country.

We have travelled overland across most of West Africa, but some flights were necessary due to safety (more about that below) and some due to logistics. As these are often local airlines, we can’t use any of our points.

Our Visa for Chad

The last few countries were tough. If you look at any government travel advice, you’ll find them marked with “Do not travel”. We were leaving Benin as more governments were changing the north part of Benin into a “do not travel zone”.

We spent five days in Lagos, Nigeria which sadly has some of the highest crime rates around. The most common question we get about travelling here is, ‘Is it safe to walk around Lagos, Nigeria“? The north of the country is considered unsafe due to Boko Haram. The eastern border with Cameroon is also off-limits, so our plan to overland to Cameroon had to change.

Cameroon has its own internal conflict and the politics are currently heating up too. Whilst we were here the opposition leader has been arrested and we were told a few times to avoid Douala if we can. 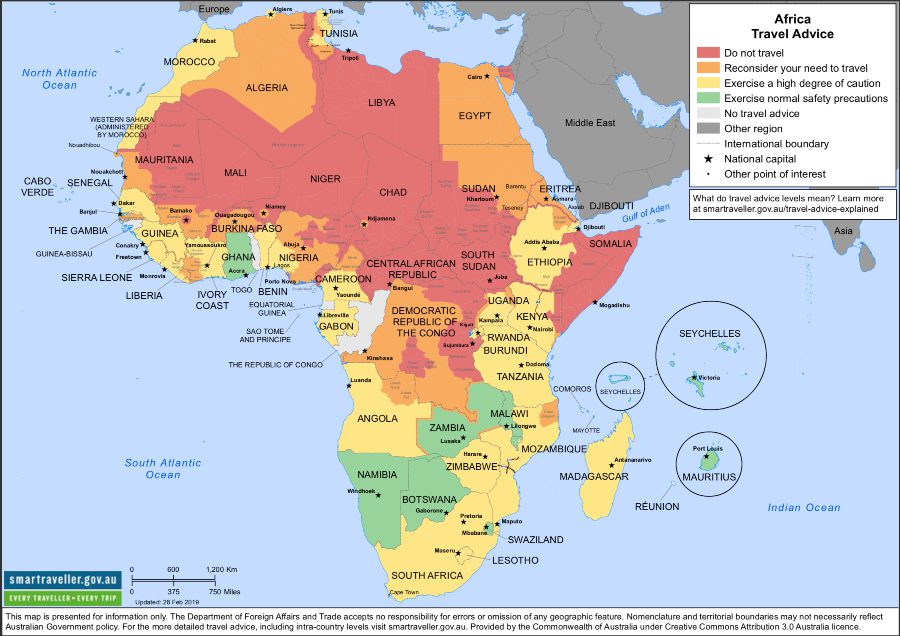 The Central African Republic is a “no go zone” as a whole country so our time and movement here were limited. The plan to see the National Park instead of the capital has backfired due to visas.

The good news is that while we were in CAR a peace deal with armed rebels has been signed so hopefully, the future will see some improvements. 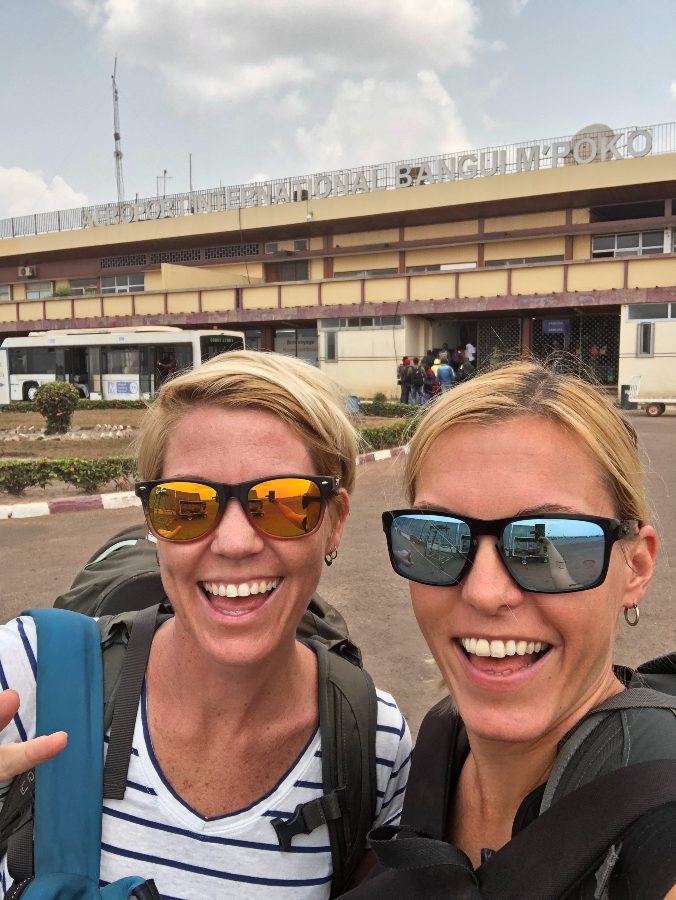 Chad is another country where you don’t play tourists. While we had a fantastic time exploring and eating great food in its capital N’djamena, venturing further into the country was strongly discouraged. And quite frankly, the logistics to arrange transport were difficult and costly.

When searching for any information on travelling in Central Africa, we found only a few short blogs on the main cities.

Equatorial Guinea is not considered dangerous, but it certainly isn’t a fun destination. With its own strict regulations, and rules (you need a permit to take a photo) it is not fun.

And let’s not forget the high cost for visitors.

When looking at the Democratic Republic of Congo (DRC) things get a bit shady too. The troubled Eastern part of the DRC with National Park that is home to gorillas has been closed due to an incident. The Ebola outbreak in this region is now in full swing too.

The efforts of the medical teams on the ground to control the spread have been complicated by the presence of armed rebels.

Of course, more in-depth travel in these countries is possible, but it requires a lot more planning and a lot more cash. 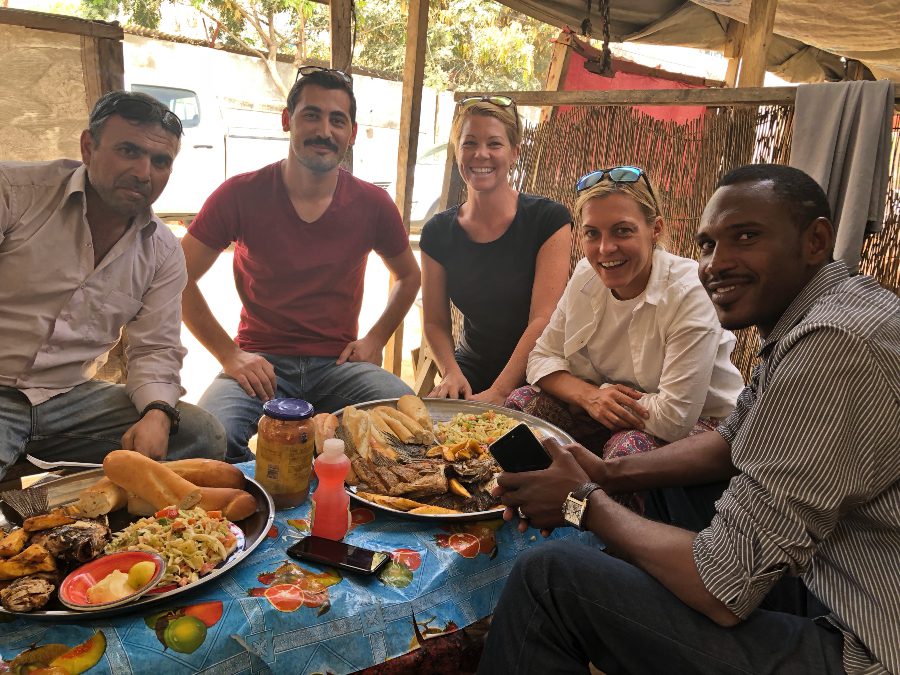 If you get stressed about planning a vacation, then trust us West and Central Africa is on another level. Travelling in Central Africa has proven to be extra difficult.

Here is the riddle: You are in Cotonou, Benin and need to visit Nigeria, Cameroon, Chad, the Central African Republic, and Equatorial Guinea. And you need to get to Congo before your Congo visa expires on 19 Feb.

You need to get all 5 visas and navigate the bureaucracy surrounding them (here’s looking at you Nigeria). You then need to combine multiple airlines between these countries with flights that often go only every second or third day.

Keep in mind the price as you can&#8