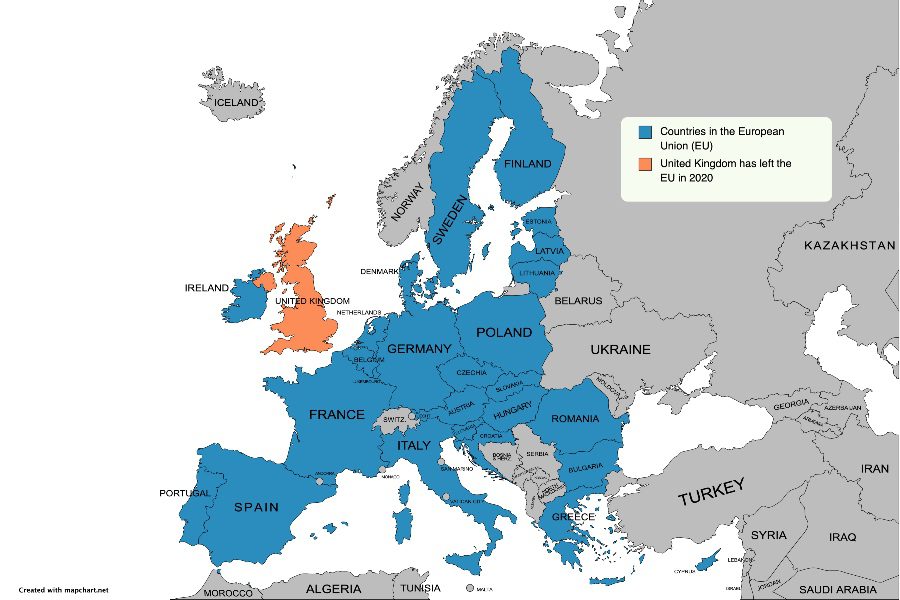 All the Countries in the EU on the map of Europe

What is the European Union (EU)?

European Union is a unique economical and political union of 27 countries known as the EU members or members of the EU.

The current European Union was founded in 1992 but the idea of a European economic zone emerged after World War 2. There was a belief that if countries were trade partners it would prevent future conflicts. The European Union has delivered over half a century of peace, stability and prosperity for all the countries in the EU.

What are the newest countries in the EU?

The newest countries in the EU are 3 countries from Eastern Europe: 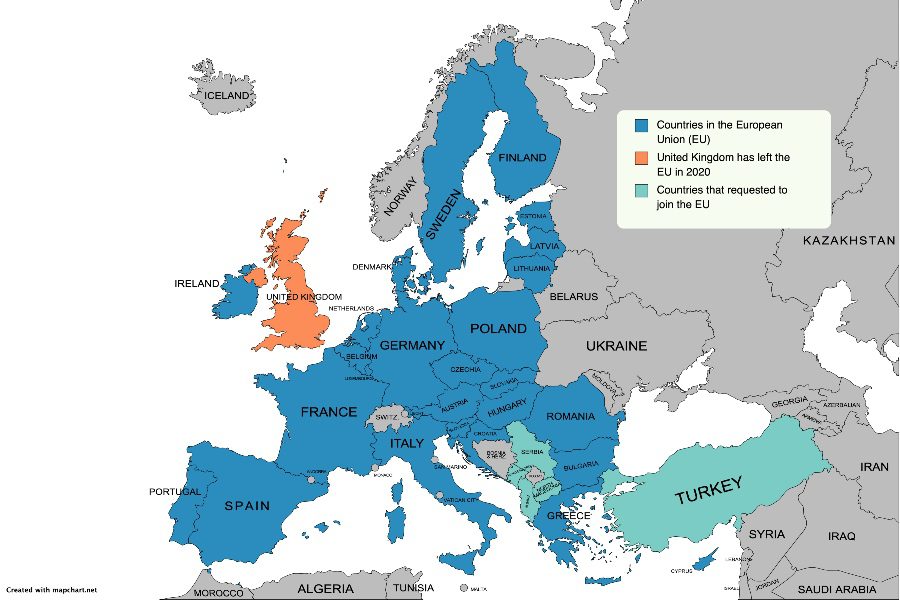 Which countries will join the European Union next?

So-called candidate countries to join the European Union are:

Albania, the Republic of North Macedonia, Montenegro, Serbia and Turkey.

Negotiations are held with each candidate country to decide their ability to apply EU legislation and discuss their possible request for transition periods. All countries that wish to join the EU must meet the criteria defined in the Treaty of Maastricht (Article 49).

The Schengen and the EU are different. This article explains the differences between the EU and Schengen Area

Do all the countries in the EU use euro?

No. Not all members of the EU use the euro. Some countries are in the process to adopt the euro (Croatia will adopt the euro on January 2023) others have rejected the use of the euro (Sweden).

Find out more here Countries in Europe that use the euro in 2022. 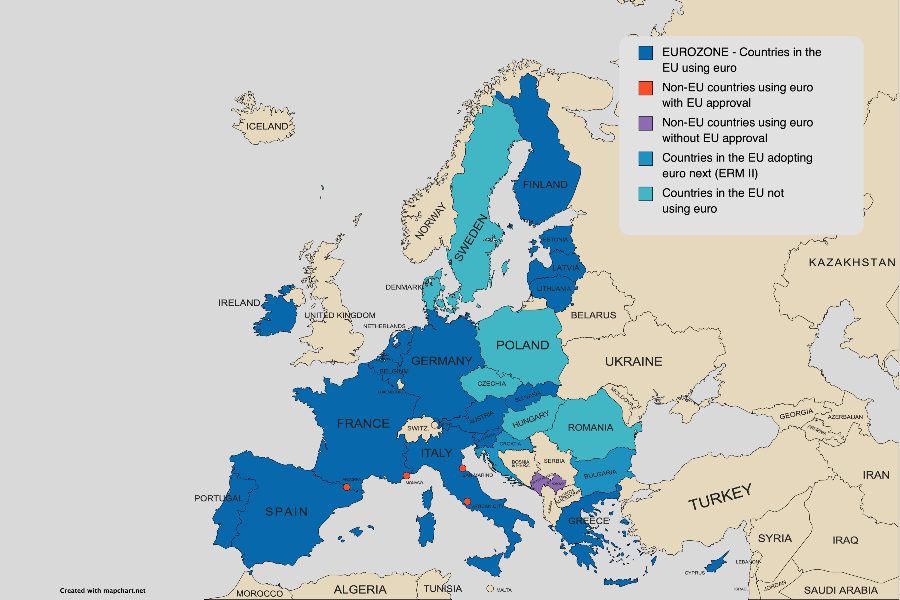 Countries in Europe using the euro on a map

What countries are in Europe?

This is a challenging question and while we can 100% say there are 27 countries in the European Union, answering the questions about how many countries are in Europe can be difficult.

To find out what countries may or may not be considered part of Europe or countries as such, read this article: How many countries in Europe are there? 44, 45 or 49?