How many languages are spoken in Jamaica? What are the two Jamaica languages? This article explains Jamaican English as well as Jamaican Patois. 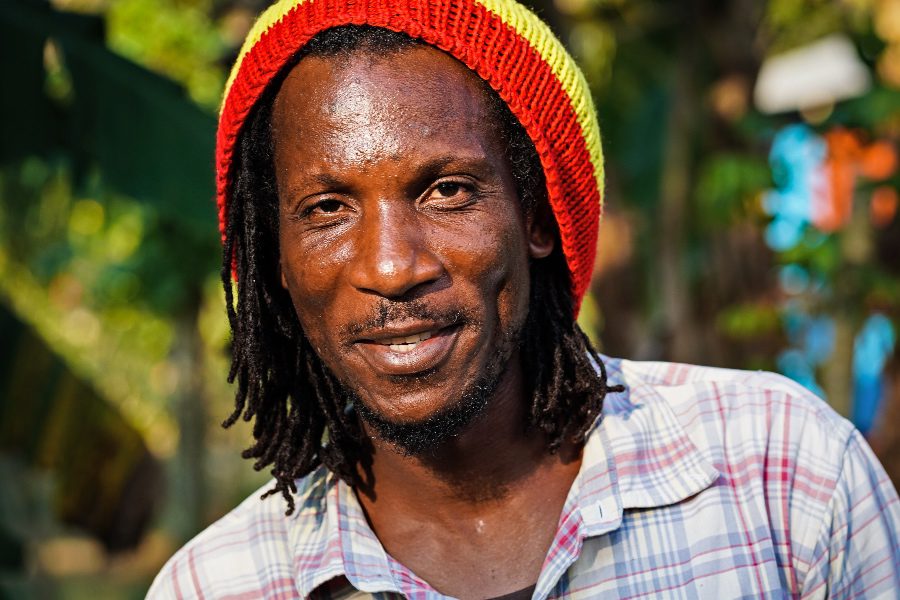 What are the two Jamaica languages?

Jamaica is a bilingual country where Jamaican English and Jamaican Patois are the most widely spoken Jamaica languages. English is the only official language of Jamaica, but more Jamaicans speak Patois than English. And for many locals, English is their second language as they often learn Patois first as children. They only learn English once at school.

Let’s explain how these two Jamaica languages are different.

English is the official language of Jamaica and it is used in all administrative parts. Think education, work, government, etc.

It is Standard English, but from my experience traveling around Jamaica, it still has a significantly different sound compared to British or American English. But it is easily understood by other English speakers.

Also, the English used in Jamaica has largely British grammar as well as spelling, but it’s also been mixed with American English over the years due to the close proximity to Jamaica.

English is the only official language of the two Jamaica languages spoken in Jamaica. 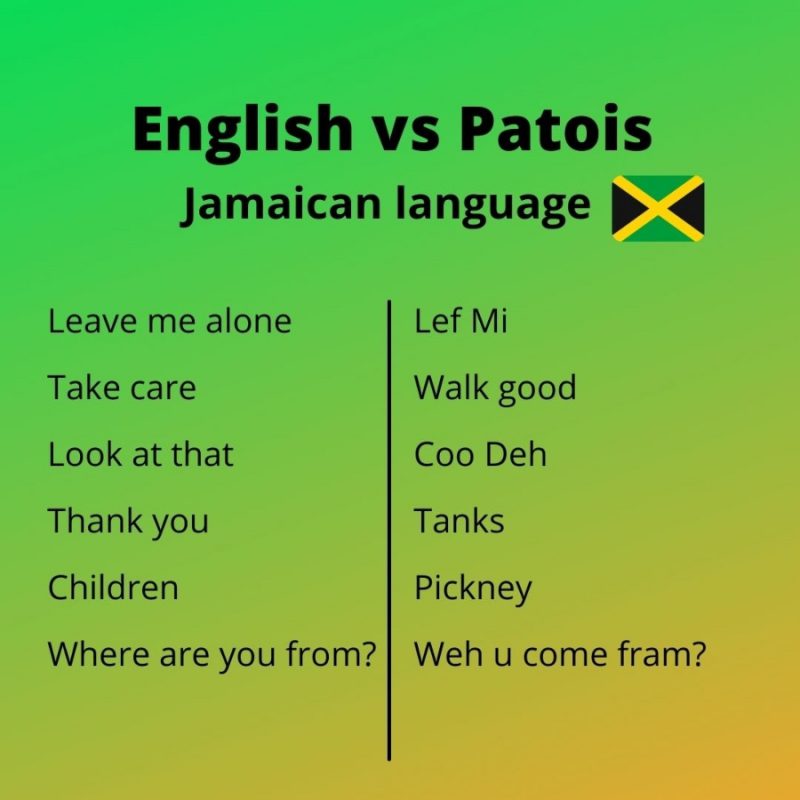 Patois is an English-based creole language with some ties to the West African languages. Jamaican Patois is more dominant of the two Jamaica languages spoken by the majority of Jamaicans.

Sometimes it is also called Jamaican Creole. It is the main language of Jamaica from my experience travelling in Jamaica and eating a lot of Jamaica Jerk Chicken as you can imagine. Yum.

The majority of people speak just Patois to each other. You can understand bits and pieces of it based on English, but sometimes the expressions are completely different from English. Let me explain why.

The language was developed during the 17th century. It is a mixture of English and languages spoken by the slaves brought over here from West Africa during the Atlantic Slave Trade. There are also links to Arawakan, the Aboriginal language of Jamaica, and a few others.

Jamaican Patois speakers build sentences the same way as we do in English, however, the verb does not change with the subject. So you would say “I eat cake”, as well as “She eat cake”.

There are other examples where it seems Jamaican Patois simplifies the rules of English, especially with past tense. For example.

“That woman went to town” would sound like this in Patois: “The woman did go to town”. 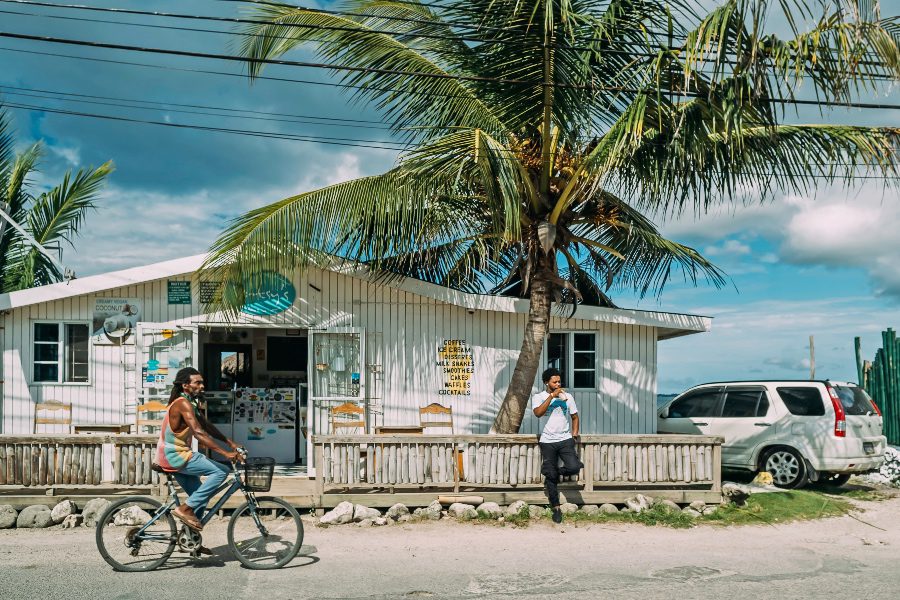 Arawakan – The Indigenous language of Jamaica

Jamaica’s only living indigenous language is Arawakan, which is spoken by the Aboriginal population known as the Taino people. The Tainos called the island “Xaymaca” in their language, meaning the “Land of Wood and Water” or the “Land of Springs”.

This is the summary of the two Jamaica languages spoken on this gorgeous island in the Caribbean. The most famous person from Jamaica, Bob Marley is still played loudly everywhere in Jamaica. Don’t miss the museum dedicated to him in Kingston, if you do visit Jamaica.

I hope this article helped you, if you have any remarks or suggestions when it comes to the languages of Jamaica, please let me know in the comments. Interesting to learn more about learning a new language, check out Babbel.

Top Things to Do in Jamaica