7 Best Things to do in Prague Czech Republic

If you are planning a trip to Central Europe, Prague will most certainly be on your itinerary. This gorgeous capital is known as “City of a Thousand Spires” and it is also an important UNESCO World Heritage Site. You will find many architectural gems here from Gothic, Baroque to Art Novoue style. And with a lively night scene, there are many things to do in Prague at night.

To make your stay in Prague even more enjoyable, we compiled this list of what to visit in the Prague Czech Republic and a few other tips. 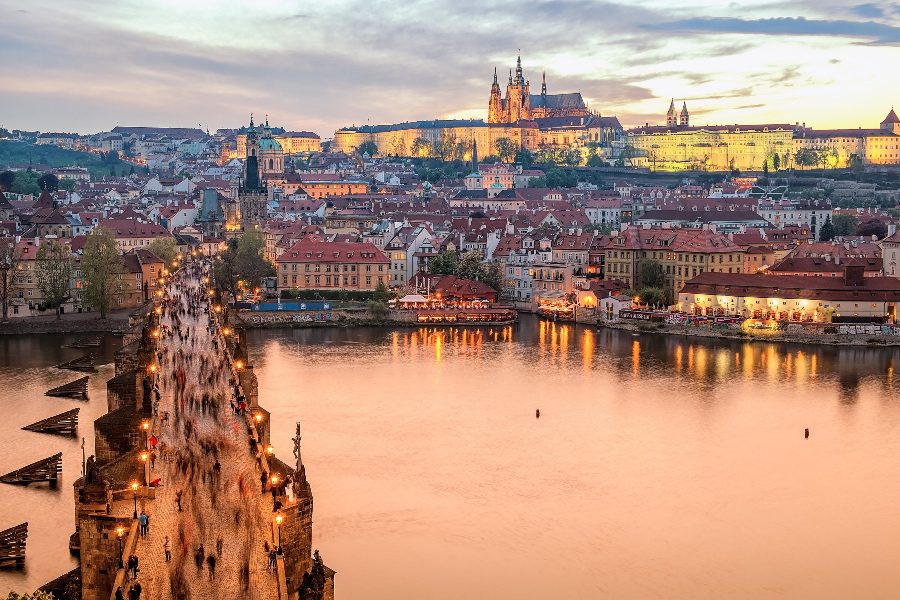 7 Best Things to do in Prague Czech Republic

1. Visting the Castle Area of Prague

Start exploring Prague at the top of the hill with the Castle District. You can catch a tram or metro up here and then stroll across the Castle grounds. The entry is free of charge, but should you wish to enter the main sights here, you may purchase an entrance ticket. Better yet, book a small-group guided tour with admission.

Prague Castle dates to the 9th century and it is the world’s largest medieval castle. There are a few things to do in Prague Castle: Visit St Vitus Cathedral to admire the glass windows inside by Czech artist Alfonz Mucha, explore Golden Lane, the narrow and colourful lane where once upon a time Kafka lived, and don’t miss the view of Prague at the second main entrance. 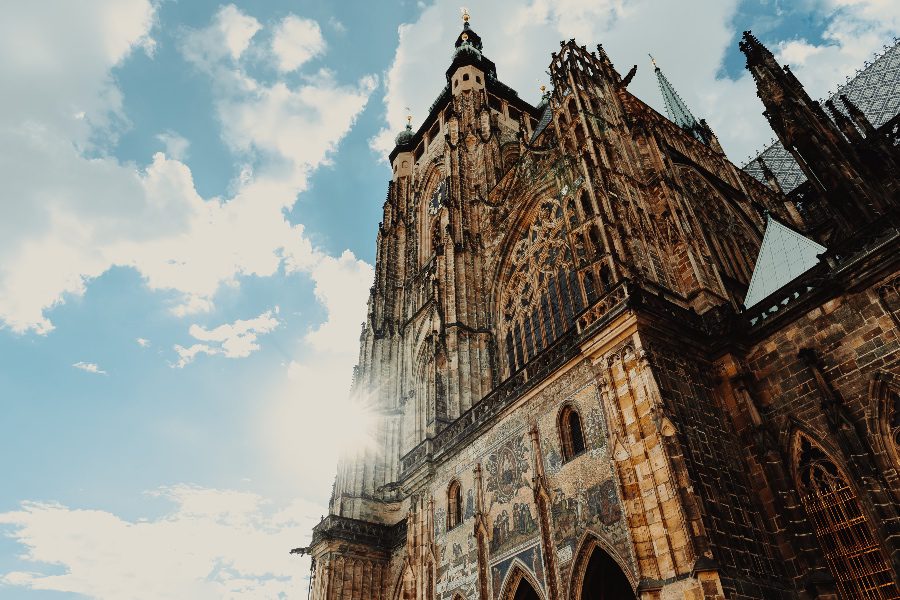 While Prague is definitely famous for its medieval look, one of the best things to do in Prague is to appreciate the modern architecture. One of the highlights is the Dancing House in Prague which was completed in 1996.

The design of this building was inspired by the dance of a famous movie couple – the stone tower symbolizes Fred Astaire and the glass tower, his partner Ginger Rogers. You can enjoy a drink in the restaurant with 360 Degree view or even stay a night in the hotel. 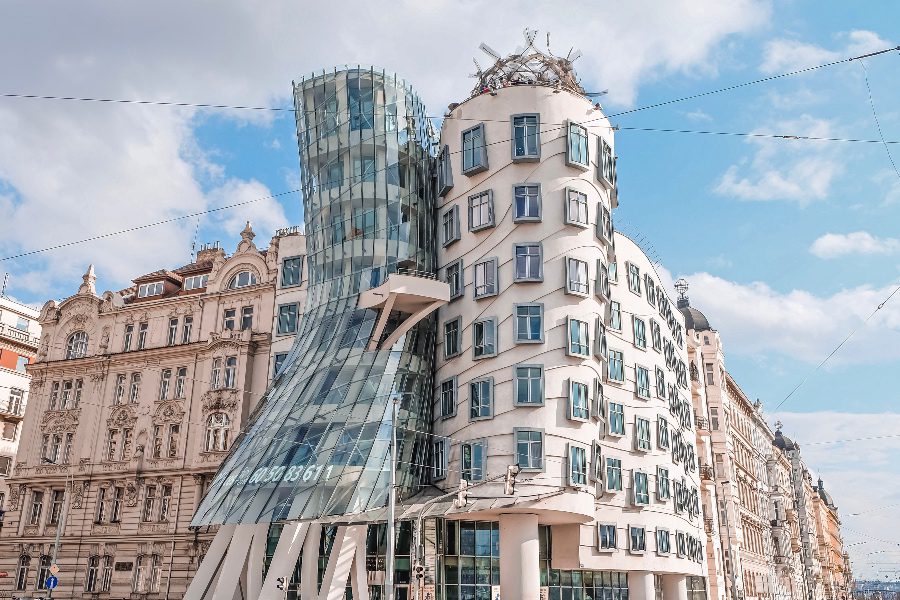 Best Things to do in Prague Czech Republic – Dancing House

Another hidden gem in Prague that we wanted to include on our list of the best things to do in Prague Czech Republic is the well-known Lennon Wall. When it comes to Prague John Lennon Wall reflects the mood of the 80’s when then Czechoslovakia was under communist rule.

The Lennon Wall is in a nondescript small alleyway and the first graffiti appeared here shortly after Lennon’s death. The wall became the centrepiece of freedom of speech and expression by rebelling youth creating art with messages of freedom and change. Several attempts were made by the police to whitewash the wall but in vain.

Today it continues to bare the ideas of freedom and peace. There has been a new focus to allow the artist to contribute to the wall with a collective approach. The Lennon Wall in Prague is near the Charles Bridge. 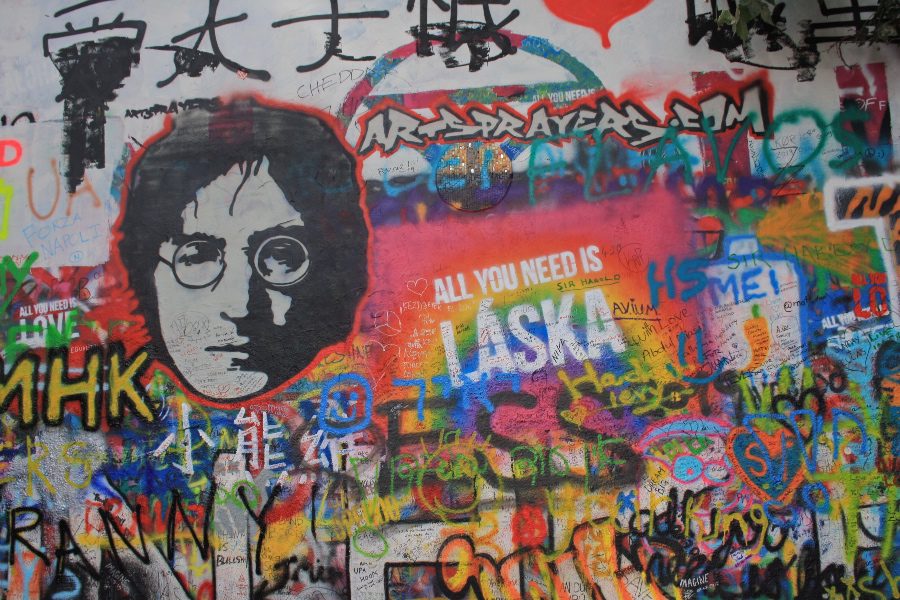 Prague Lennon Wall continues to be a symbol of free speech

The stunning Charles Bridge might just be the most beautiful bridge in Europe. Commissioned to be built in 1357 by Charles IV it is 615 metres long. Charles Bridge is one of the most popular things to do in Prague and you should expect plenty of tourists here. However come here in the early morning, perhaps at sunrise and you might have the bridge to yourself.

There are many legends about Charles Bridge, the locals believe the reason why the bridge is still standing is that raw eggs were added into the mortar when the bridge was built. There are many other great myths and stories and in order to learn more about the attractions in Prague, you are best to join a City Tour by Bus, Boat and on Foot. 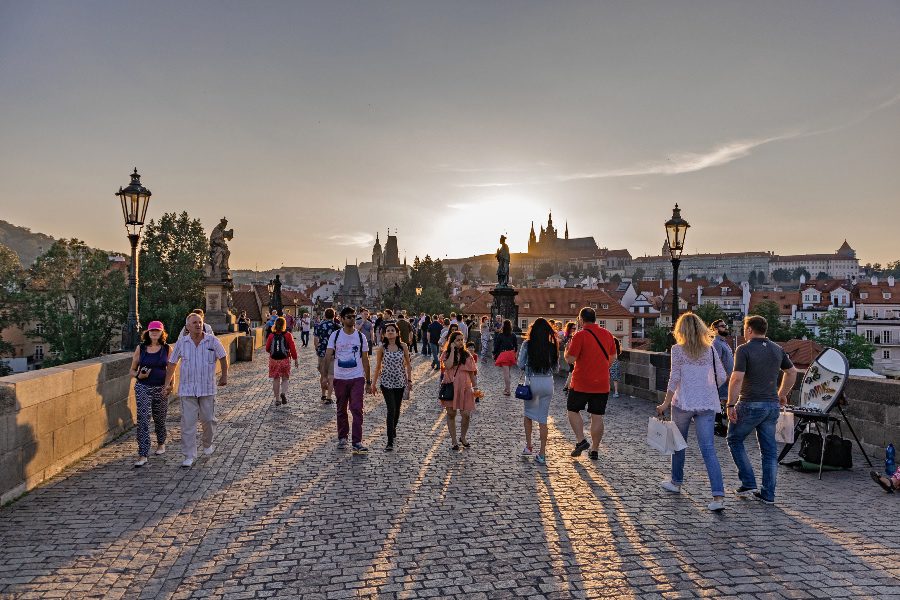 5. Taste the best beer in the world

The Czech Republic is the home of the best beer in the world. A long tradition in beer making combined with fresh ingredients without the use of pesticides has resulted in a world-class beer.

Pilsner Urquell is the best well-known Czech beer out there, the pilsner-style of beer was first brewed in 1842, in the town of Plzen. The Czech Republic is home to the origi